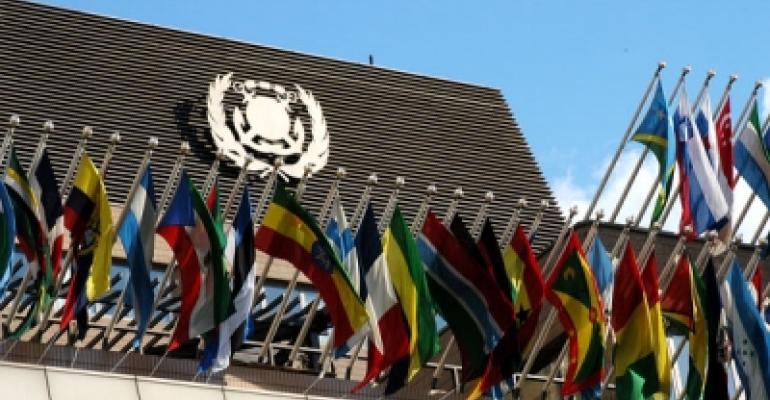 As the International Maritime Organization’s Marine Environment Protection Committee meets this week in London, 10 NGOs have written to IMO Secretary-General Kitack Lim to call for an immediate moratorium on the shipping industry's use of exhaust gas cleaning systems (EGCS), or scrubbers.

EGCS are allowed as alternative compliance mechanisms in the current Emissions Control Areas and for the looming 2020 fuel sulfur standards.

The environmental groups pinned their letter on reports of EGCS failures in Carnival Corp.'s first year of probation following its $40m criminal pollution settlement in 2017.

The letter said the equipment malfunctions 'cast significant doubt on the ability of EGCS technology to meet the required equivalency standard' under MARPOL Annex VI, Regulation 4.

'As Carnival Corporation’s criminal debacle has shown, EGCS are not the answer to delivering air pollution reductions for the shipping sector,' said Kendra Ulrich, senior shipping campaigner at Stand.earth. 'We are calling on the IMO to take the lead on avoiding the inevitable failures and resulting environmental and health impacts of scrubbers by putting in place a moratorium while the IMO reviews the technology’s marine and air pollution impacts.'

Besides Stand.earth, the letter is signed by Pacific Environment, Transport & Environment, Seas at Risk, Ecodes, Circumpolar Conservation Union, NABU, Friends of the Earth US, Environmental Investigation Agency and WWF Canada.

'These are ridiculous and outlandish assertions,' a Carnival Corp. & plc spokesman responded to the EGCS criticism, 'especially since this breakthrough technology is proven to be environmentally friendly and was developed in close coordination with the appropriate regulatory bodies such as the [US Enviromental Protection Agency] and IMO, and independently verified by class societies and other scientific studies.'

The Clean Shipping Alliance 2020 — of which Carnival is a founding member — blasted the environmental groups' call for an EGCS moratorium.

'CSA 2020 welcomes all discourse concerning the environmental efficiency of marine exhaust gas cleaning systems based on empirical and scientific evidence,' the alliance said Tuesday. 'However, the comments made by Stand.earth and others are based on nothing more than sensationalist hyperbole intended for the media, without any underlying facts or evidence whatsoever.'

CSA 2020 has 39 members representing more than 3,000 vessels in commercial and cruise service.

Carnival Corp.'s probation springs from deliberate discharges of untreated oily bilge water by Caribbean Princess in 2013. As part of a plea agreement in that case, all ships from all Carnival brands have been involved in a five-year environmental compliance program that involves third-party auditors and USCG inspections.

The EGCS failures were self-reported by Carnival and came out in a report on the company's first year of probation that was recently made public by a US federal judge.

CSA 2020 objected to Stand.earth painting scrubbers in a negative light because of the Carnival case.

'It appears many of these so-called environmental campaigners are doing more to hamper the global shipping industry’s efforts to prevent hazardous emissions into the atmosphere than anything else,' the CSA 2020 statement continued. 'From well-to-wake, this proven, reliable technology is the most environmentally-optimum way of reducing emissions of sulfur, black carbon, particulate matter and other noxious substances that not only have an impact on the environment but also are highly detrimental to human health.'

This week IMO is expected to approve draft guidelines and guidance documents to support the implementation of a 0.5% sulfur limit on global shipping from Jan. 1, 2020.