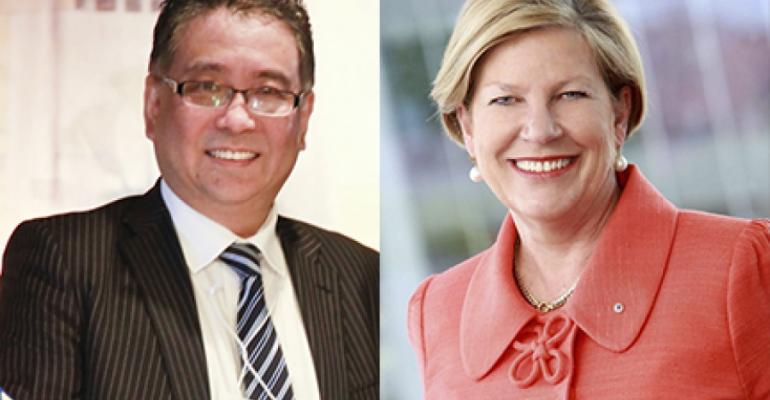 CLIA Southeast Asia and CLIA North Asia have been established in a transition from the former Asia Cruise Association as the regional arms of Cruise Lines International Association.

The two bodies will have an 'influential voice as they work with government and private enterprise to address market needs, master trade distribution, create highly desirable itineraries and offer advice on ports and infrastructure,' CLIA chief executive Christine Duffy said.

The establishment of the two groups marks a transition for the Asia Cruise Association, formed in 2009 and directed most recently by gm Kevin Leong and former chairman Zinan Liu. The founding chairman was the late Rama Rebbapragada.

CLIA North Asia will be chaired by Zinan Liu, md Asia and China for Royal Caribbean Cruises Ltd., and will focus on infrastructure, advocacy and the promotion of cruising to the region's travel industry communities.

Further strengthening the influence of CLIA leading up to Cruise Shipping Asia-Pacific Nov. 20-21 in Hong Kong, is the support of the Hong Kong Tourism Board and the Singapore Tourism Board as CLIA Global Executive Partners.

'In terms of cruising growth, the Asia-Pacific regions are interconnected and together represent the world’s most dynamic area for cruise,' Sherry said. She added that CLIA Southeast Asia will play a leadership role in building the cruise category in the area, helping travel agents understand that cruising is a business opportunity for them and encouraging investment by regional governments and authorities to open ports and attractive cruise destinations.

Liu said his focus will be implementing the new association in the region, including engagement with key partners.

'North Asia is increasingly becoming a growth engine of the global cruise industry,' he said, adding that the growth is bringing 'enormous socioeconomic benefits for all the stakeholders.'

As in any emerging market there is a need to tackle challenges including the lack of port infrastructure for cruise terminals, cross-border travel constraints and uncertainty of the regulatory environment, Liu added.