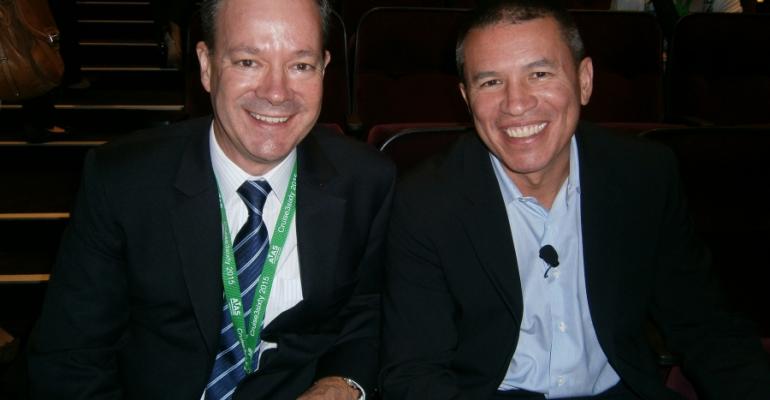 He said CLIA, which has 50,000 travel agent members, 62 cruise line members and 275 executive partners, is now one unified global voice.

He said 2015 will see a total of 23m global ocean cruise passengers, with Australia to announce its one millionth passenger this year.

Goldstein said destinations are the major consideration for people buyng a cruise and that there are 1,000 destinations for cruise ships worldwide.

Keynote speaker Andy Stuart, evp of Norwegian Cruise Line and a former chairman of CLIA’s UK regional office, agreed with Goldstein, saying that the travel agent is more important than ever.

Stuart said a customer looking for a cruise online by him/herself will invariably find it is too hard and will give up.

Industry leaders, including Silversea’s president Europe, Africa, Middle East and Asia Pacific, Steve Odell, and Aqua Expeditions ceo and founder, Francesco Galli Zugaro, wrapped up the conference with a ‘View from the Bridge.’