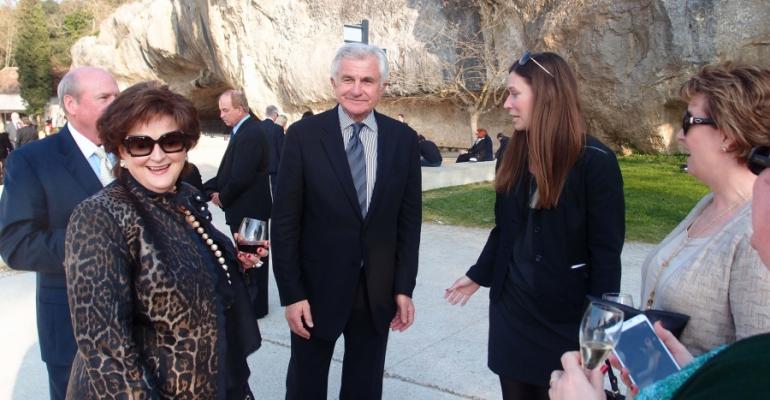 Bill Smith surrounded by colleagues and media at a Viking River Cruises event in France a couple years back (Photo: Anne Kalosh)

Smith has been vp cruise sales and performance management at Virtuoso for the past five years. He plans to retire July 1.

Before Virtuoso, Smith spent eight years as svp marketing and sales for Crystal Cruises. From 1995 through 2001, he served as president and coo of Silversea Cruises.

Smith admits he 'didn't know the front end of a boat from the back' when he moved to Los Angeles in 1984 to work for Sitmar. However, he quickly became a maritime devotee known for inspiring his teams and a sparking personality.

'Receiving a Lifetime Achievement Award means you’ve dedicated your life to the goal of furthering an industry or cause, and have done so in a way that has truly impacted those you serve. Bill Smith has done just that in his 44-year history in this business,' said Matthew Upchurch, chairman and ceo of Virtuoso, introducing Smith during the CLIA Hall of Fame induction at Cruise360 in Vancouver, BC.

'I feel so fortunate that the last five years of his career were at Virtuoso, and I’m proud to say he has been a supplier partner, colleague and friend for more than 25 years,' Upchurch said. 'Not only did he accomplish so much, but he enriched our lives with his passion and made it all so much fun.'