CLIA's Deno retires after a career of advancing maritime security 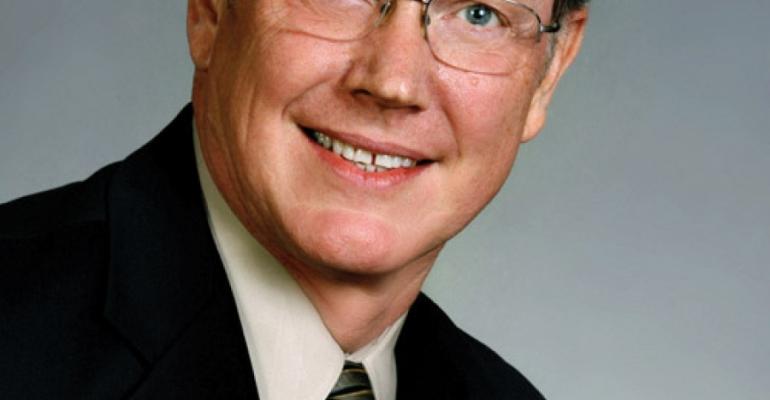 Deno - proud of teamwork to enhance safety and security

Today Stan Deno wraps a 38-year maritime career, a good chunk of it at Cruise Lines International Association, where he made contributions in security, operations, technical and regulatory matters.

'Stan has been an incredible asset to CLIA and its members over his 15-year tenure with our organization. Cruise ship safety and security has continuously been enhanced through his efforts and leadership,' said his boss, Bud Darr, svp technical and regulatory affairs.

'We are sad to see him go, but we are thrilled for him to begin this new, exciting chapter and wish him the best in his retirement,' Darr added.

Deno's highlights include being part of the International Council of Cruise Lines team (later merged with CLIA) that kept cruises operating safely following the Sept. 11, 2001 terrorist attacks, plus helping shape the International Ship and Port Facility Security Code at the International Maritime Organization and efforts related to the Cruise Vessel Security and Safety Act of 2010.

After 9/11 'we moved ahead very quickly, reaching out to the federal government in the US to make sure they were comfortable with what we were doing. On Sept. 12, our lines were screening 100% of baggage and 100% of persons,' a tribute to the industry's leadership in security, Deno said.

Deno also served as the cruise lines' source of information for the Cruise Vessel Security and Safety Act and other maritime security regulations.

Working with CLIA's security committee was 'a source of pride.'

He described the committee, which includes the cruise lines' security officers, as 'the greatest group of professionals I've ever worked with.'

Before joining the International Council of Cruise Lines in November 1998 as director of operations, Deno spent more than 22 years in the US Coast Guard, ultimately as deputy chief of the traveling inspection staff for USCG Headquarters' Maritime Security Office. Reporting to the admiral in charge, he was responsible for the cruise ship business. His rank was commander.

Along with other USCG Headquarters jobs, Deno had also been a maritime inspection officer in New York, a maritime safety officer in San Diego and chief of port operations in Baltimore. He is a graduate of the Coast Guard Academy.

When ICCL merged with CLIA, Deno relocated from the Washington, DC, area to CLIA's Fort Lauderdale office, where his latest role has been director of technical and regulatory affairs, operational and security.

'She's a super individual. I feel confident leaving my portfolio in her hands,' Deno said.

He exits CLIA feeling proud of the teamwork to advance safety and security: 'Marketing-wise, these cruise lines will fight tooth and nail. But when it comes to safety, security, environmental and public health practices, they will cooperate and share.'

Deno's wife, Sherri Dickinson, USCG's acting director of incident management, is retiring as well, and they plan to spend time between their homes in Virgina and Boynton Beach, Fla. They'll celebrate their retirement with a trip to Fiji and Hawaii in September.

'We both love to cruise,' Deno added. Each of them has taken at least a dozen cruises, and for Deno's 60th birthday in February, Dickinson and family members surprised him with an Allure of the Seas sailing.

On Friday, Deno expressed delight that he and Dickinson have the opportunity to retire while they're still healthy, to enjoy life together with their families. 'While I'm extremely happy and proud of what I've done over my professional career, I'm even more proud that I never lost sight of the fact that family was No. 1,' he said.

Deno will be saying goodbye to cruise line colleagues and CLIA executive partners during a reception at the association's annual Congressional Cruise Caucus, June 3-4.