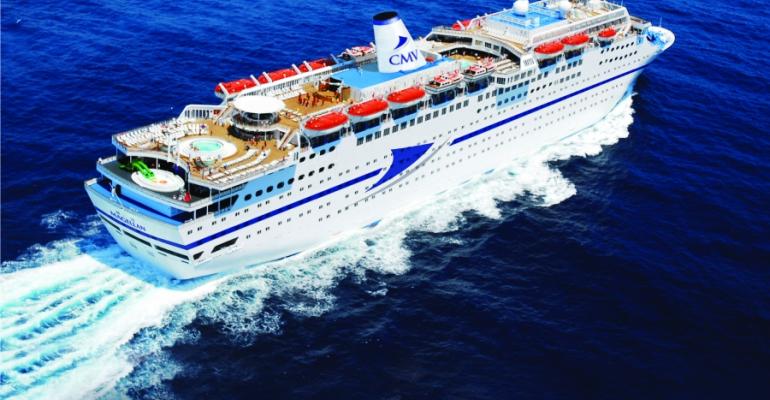 How Magellan will look once re-liveried by CMV

Cruise & Maritime Voyages is adding Grand Holiday from Costa Cruises under long-term bareboat charter, commencing ex-UK operations under CMV livery in spring 2015 as part of a strategy to further expand its ocean and river cruise operation.

The 46,000gt Grand Holiday was built in 1985 as Holiday for Carnival Cruise Lines.

To be re-named Magellan the 46,052gt ship will be re-liveried, and a new library, card and bridge room added with some re-theming of lounges, Coates added. He said the ship is ‘in excellent condition’ and other than that it will be general annual maintenance works.

Although capable of carry 1,400 passengers fully occupied across 726 cabins, CMV intends to keep it to around 1,250 passengers, operating as an adult only (16 years plus), and offering more single cabins, charged at 25% extra.

Coates commented, ‘We are delighted to have secured this excellent addition to our fleet which we believe will be very well suited to our core British market. The introduction of Magellan will increase UK capacity by 40% increasing carryings up to 74,000 passengers.’

Having already sold 65% of capacity for next year Coates added,  ‘we remain confident that Magellan will help satisfy the growing demand for our product.’

Christian Verhounig, ceo and chairman of CMV explained, ‘The introduction of Magellan to our growing ocean fleet is another important milestone in the expansion and strategic development of the group’s presence in the UK and wider international markets which will increase overall capacity to 115,000 passengers.’

The ceo remarked, ‘The CMV brand is now creating much wider recognition and we remain confident that our medium to longer term growth objectives will be achieved.’

Special introductory fares with savings of up to 50% plus a 25% single supplement deal for the solos market will be on offer to launch the programme.

The maiden CMV voyage will be a 12 night cruise to Iceland and the Faroes for the Solar Eclipse and Northern Lights sailing from London Tilbury on March 15, 2015. She will also be sailing from Newcastle Tyne.

Magellan will be cruising to the Amazon in winter 2016 while Marco Polo will embark on a new 54 night voyage to Brazil, Argentina and Chile and Tierra del Fuego.