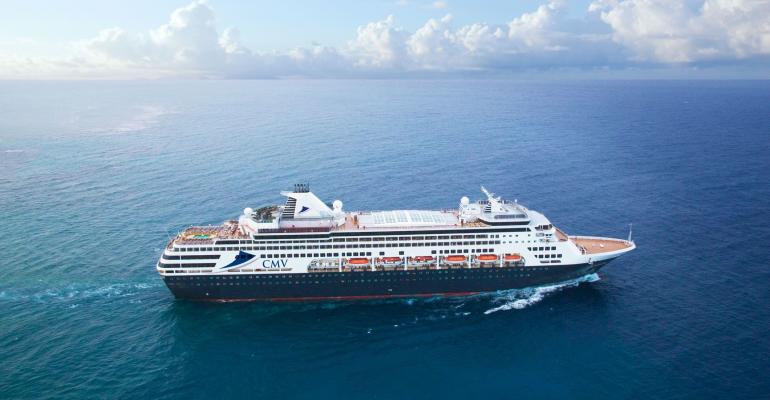 The Cruise & Maritime Voyages Travel & Leisure Group has acquired Pacific Eden from P&O Cruises Australia. The price was not disclosed.

The ship is scheduled for delivery to CMV in Singapore in early April 2019, followed by a short docking period to include livery change, re-brand and some preparatory works before it repositions to Northern Europe via the Suez on an inaugural voyage.

The new ship will be deployed and dedicated to both the German and Australasian cruise markets. During the northern summer (May-October) the ship will operate under CMV’s German brand, TransOcean Kreuzfahrten, homeporting from both Bremerhaven and Kiel, and during the Australian summer season (December-March) from Fremantle (Perth) and Adelaide, offering a more traditional scenic cruise experience.

CMV’s UK, North American and wider global markets will also be marketing the voyages between Europe and the Antipodes and the wider Australian season.

Continuing the explorer theme, four distinguished explorers have been shortlisted for the ship’s new name and the travel trade and Columbus Club Members will be invited to cast their vote. The shortlist includes Vasco da Gama, Pytheas, Henry Hudson and Amerigo Vespucci.

The selected name is to be announced March 20.

'This stylish traditional vessel is ideally suited to our business model and is in very good shape following a multimillion-dollar refurbishment in 2016,' CMV CEO and chairman Christian Verhounig said. 'As part of our mid-term growth plans, the ship will provide the requirement level of extra capacity needed in Australia and Germany as we continue to grow our international business.'

Chris Coates, group commercial director, added: 'Pacific Eden is an excellent addition to our fleet and the strategic development of the group’s presence in the German and Australian markets will increase overall capacity to just below 150,000 ocean cruise passengers in 2019.'

The summer 2019 Germany-based program for the new ship will go on sale after the Easter holidays in mid-April, with the release of a special launch edition brochure. The Australian summer 2019/20 season will be released during late 2018.

Dean Brazier, managing director of CMV Australia, said Astor has been an 'enormously successful and very popular cruise product in Australia and the new ship will significantly broaden our distribution base and raise our profile, and the capacity increase will help to service growing demand.'

Klaus Ebner, head of marketing and sales at TransOcean Kreuzfahrten, welcomed the chance to significantly increase capacity with 'this fine new ship and her wide range of facilities.'