CMV’s Astoria all set for a Bristol start 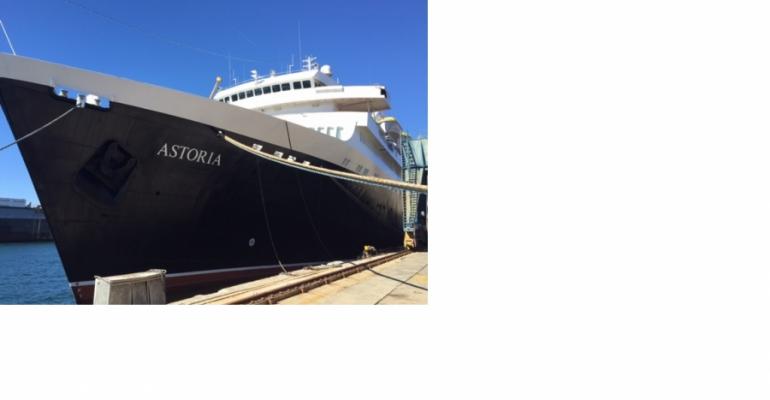 Astoria, pictured shortly after being renamed during drydocking

Cruise & Maritime Voyages is all set for Astoria's spring departures from Bristol port after a winter docking period in Greece.

The 550 passenger ship will sail up to Avonmouth, in England's south west today.

Formerly Azores, the ship has been re-named in line with CMV’s smaller ship offering alongside Astor, and joins the company’s mid-size vessels Marco Polo, Magellan and, following the announcement earlier this week, Columbus.

16,144gt Astoria will start cruising from Bristol, Avonmouth on March 21 on a sell out 7 night Scottish Islands & Emerald Isle cruise.

On March 28 the ship sets off on a 15 night cruise down to Portugal, Azores and Madeira. Astoria is set to visit Leixoes (for Oporto), Lisbon, two popular islands in the Azores and the Spanish port of La Corunna on the journey back to Bristol.