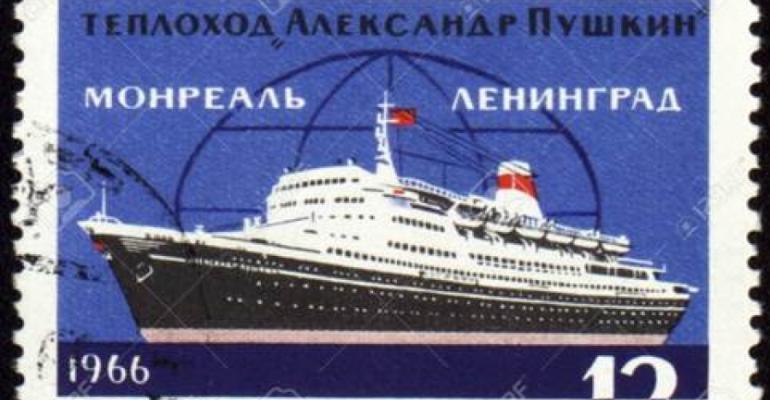 This week in 1966 Marco Polo (then named Aleksandr Pushkin) crossed the Atlantic to Canada. The Russian liner sailed from the then Leningrad, now St Petersburg, for Quebec and Montreal via Helsinki, Copenhagen and London Tilbury. This was the first regular Russian transatlantic service since 1909 and it was the first to Canada.

The ship arrived in Quebec on April 26, 1966 operating as a monthly service, which ran from April to September. It was also such a momentous event that the Russian post office issued a special commemorative stamp to celebrate the occasion.

Aleksandr Pushkin was transformed into Marco Polo in 1993. A regular caller at St Petersburg, the vessel is now operating for Cruise & Maritime Voyages and returns to St Petersburg on May 8 for the first time after this momentous anniversary.

In August this year Marco Polo will follow a similar voyage to that made fifty years ago. Sailing from Glasgow – Greenock on a 29-night voyage via Newfoundland, Nova Scotia, Quebec, the St Lawrence passage and Montreal with fares from £2,269pp. Alternatively, passengers can depart from Liverpool a day later for £2,189pp.