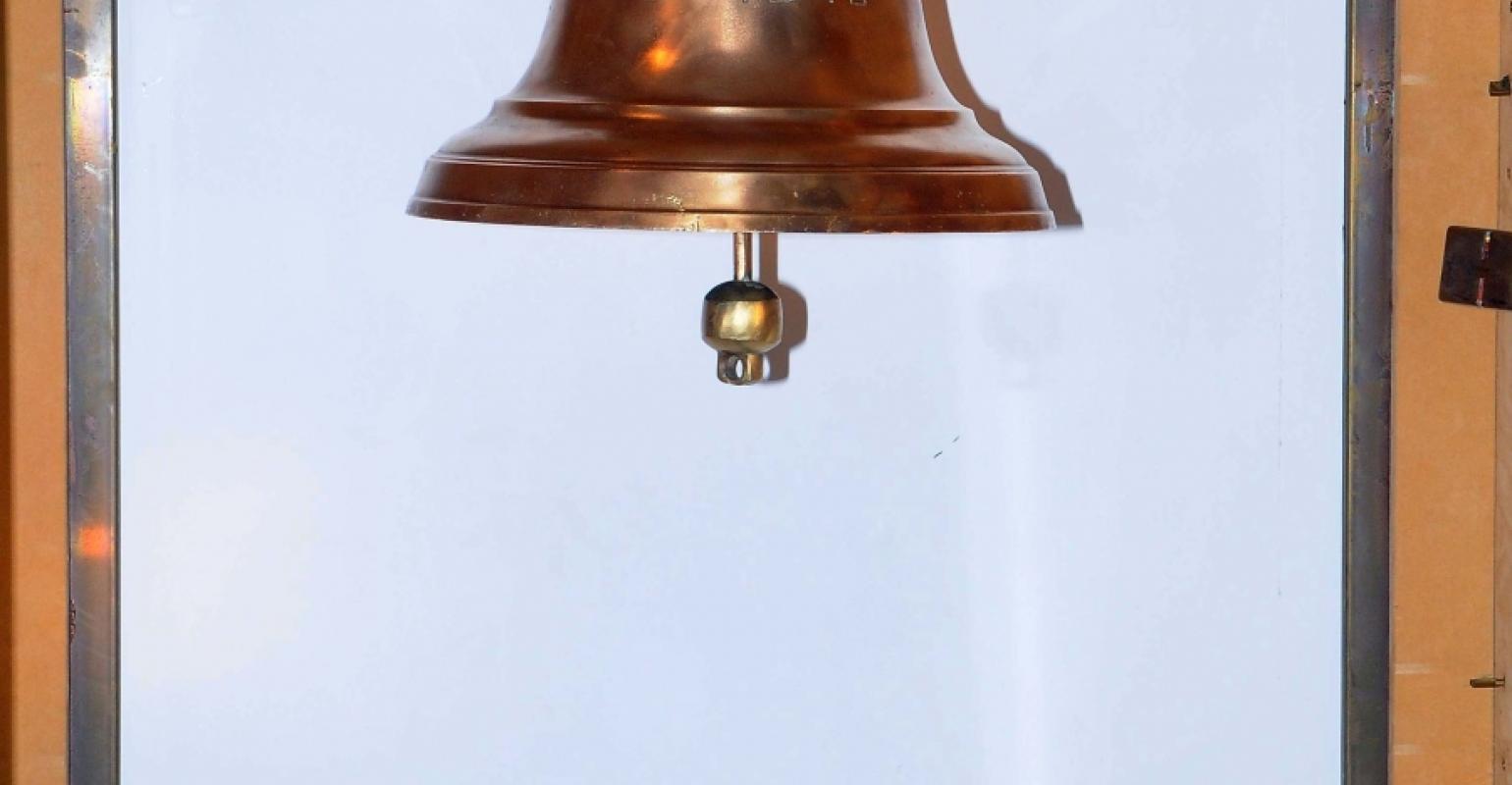 CMV's Azores gets her bell back

Cruise and Maritime Voyages saw the arrival back of the original ship’s bell on board Azores. The bell has done a remarkable D-Tour via the Atlantic seabed, a salvage company and then on eBay.

Writer Rosalea Ryan, who is a regular passenger on Azores, donated the bell on loan. In a special presentation during the current Azores cruise to Iceland and the Northern Isles, she was able to see her wishes carried out. It is her sixth cruise on Azores bringing her total time cruising on the ship to six months.

Rosalea expalined how she came into owning the original ship's bell. 'It was first listed for sale on eBay over a year ago and I decided then it should be back on board. I am very pleased to see it’s finally back where it belongs.'