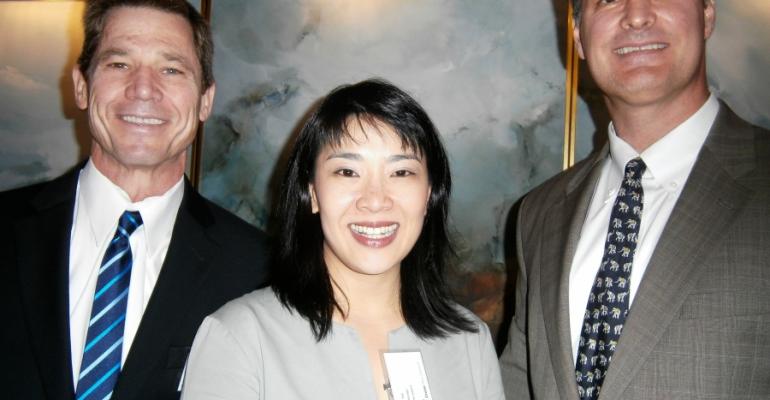 The two international guest speakers at Cruise New Zealand 2014 in Napier on Friday agreed that destinations are paramount.

Allen, who spoke at Cruise Down Under 2012 in Hobart, was making his first trip to New Zealand and went on a familiarisation tour organised by CNZ in conjunction with Tourism New Zealand and Air New Zealand to Queenstown, Canterbury, Auckland, Northland, Rotorua and Waikato, as well as Napier and surrounding Hawkes Bay.

He said New Zealand is ‘right at the top of guest satisfaction,’ adding that innovative tours and products should be developed ‘to give us reason to come back.’

Allen referred to New Zealand’s high fuel and port costs and suggested these could be offset by discounts and incentives.

‘Some places we can call for free,’ he said.

Royal Caribbean considers whether or not a destination is easy to do business with and consumer tastes must translate into profitable itineraries.

Allen said that while New Zealand’s tour revenue is strong and that it had bigger growth than Alaska and Asia in 2013-14, Auckland competes with ports around the world, like Port Canaveral and Barcelona.

He said it is critical to plan for the future to accommodate multiple large ships.

While Stoll has visited New Zealand many times, he took a trip to Waikato, Taupo, Wellington and Southland.

He said confirmed berthing is key to planning and that itineraries should be linked like a string of pearls.

In 2005 'Lord of the Rings' and Hobbit fans were taken to J.R.R. Tolkien’s fictional world of Middle-Earth near Matamata, out of Tauranga.

In 2006 there was a tour to the Weta Workshop in Wellington to see 'Lord of the Rings' characters in makeup and prosthetics created by the award-winning design studio.

In 2009 Crystal took over the Art Deco National Tobacco Company building in Napier for a vintage 1940s event that included the boogie-woogie Andrews Sisters and a collection of classic cars.

Most recently, in 2011, there was the opportunity to see re-created scenery from James Cameron’s science-fiction blockbuster, 'Avatar,' in Rotorua.

Stoll said next year Crystal Cruises will celebrate its 25th anniversary with a ‘Silver Celebration World Cruise’ by Crystal Serenity that overnights in Tauranga where passengers will visit the recreated Hobbiton Movie Set.

The Hobbit holes and other landmarks including the mill, the bridge, The Party Tree and The Green Dragon Inn have been wired and will glow in the dark.