Columbus Cruise Center sends off Anthem of the Seas 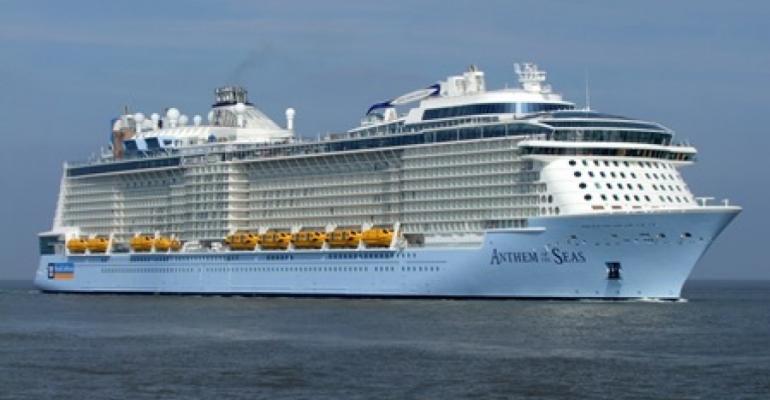 With Anthem of the Seas ready to go, Columbus Cruise Center was to bid farewell to the newly delivered ship at around 9 p.m. local time Monday. The second Quantum-class newbuild has been alongside for final outfitting since its March 30 transfer by Meyer Werft.

Approximately 5,500 pallets with diverse equipment were brought on board. The volume of packaging, waste and other materials that has been offloaded is hardly to quantify, Columbus Cruise Center said.

Poor weather conditions early on were a particular challenge. Despite a heavy storm that stretched several days, all tasks were begun and completed on time, and Meyer Werft was able to deliver the ship to Royal Caribbean on Friday.

During Anthem's stay, Columbus Cruise Center was the base for approximately 1,200 Meyer Werft employees and suppliers and about 1,400 crew.

This was the sixth newbuild to undergo final outfitting at Columbus Cruise Center. In the autumn Norwegian Escape is expected to arrive for its completion by Meyer Werft.