Compensation for Carnival's Donald worth $8.7m in 2014 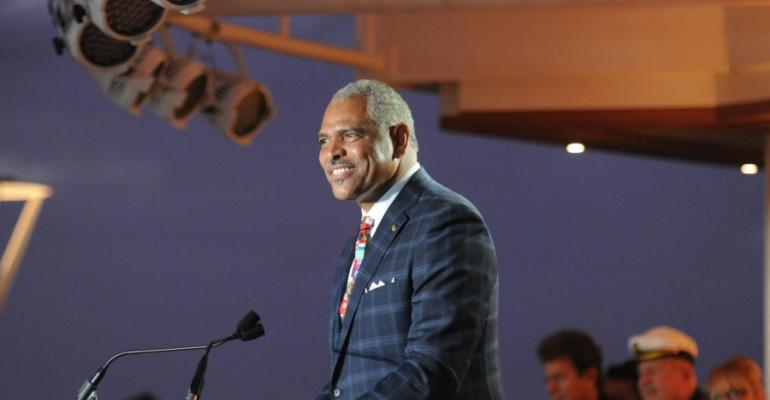 Arnold Donald, president and ceo of Carnival Corp. & plc, received $8.7m in compensation during 2014, including a $1m salary, stock awards valued at $3.5m and an additional $3.9m in non-equity incentives plus $291,000 in other compensation such as personal use of the corporate aircraft.

Total compensation for Carnival's other named officers included nearly $6.5m for Michael Thamm, ceo of the Costa Group, a large increase from less than $2.5m in 2013 due to a hefty rise in the value of stock awards and non-equity incentive compensation. Thamm's salary held steady at €700,000.

Alan Buckelew, chief operations officer, received total compensation valued at $6m, including a salary of $825,000, stock awards valued at $3.4m and other incentive compensation of more than $1.5m. 2014 was the first year Buckelew was a named officer.