Concordia departure from Giglio may be set back a day 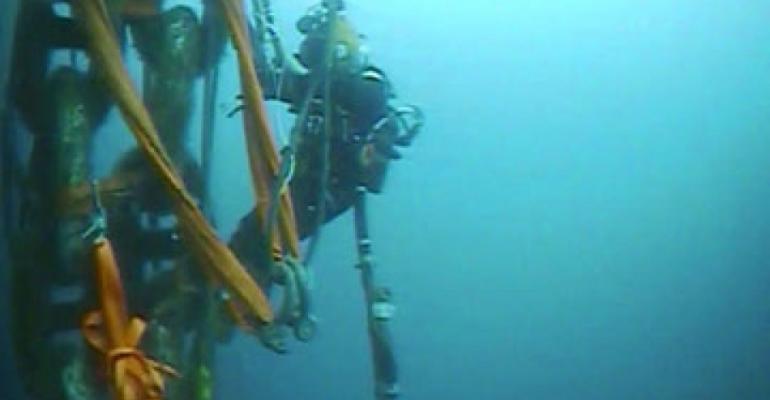 The weather and sea conditions at Giglio over the last days and the complexity of the refloating operations have caused some delays in Costa Concordia's removal schedule, officials said Thursday night.

Technicians are still aiming for the wreck to depart under tow on Monday but also are considering Tuesday as an alternative.

Divers are still working to connect the last chains and cables to Concordia's sponsons. As of Thursday night, there were still two chains and four cables to be connected to three starboard sponsons, S4, S5 and S18.

In the meantime, work has been completed on S12, and technicians were lowering the sponson to its final position.