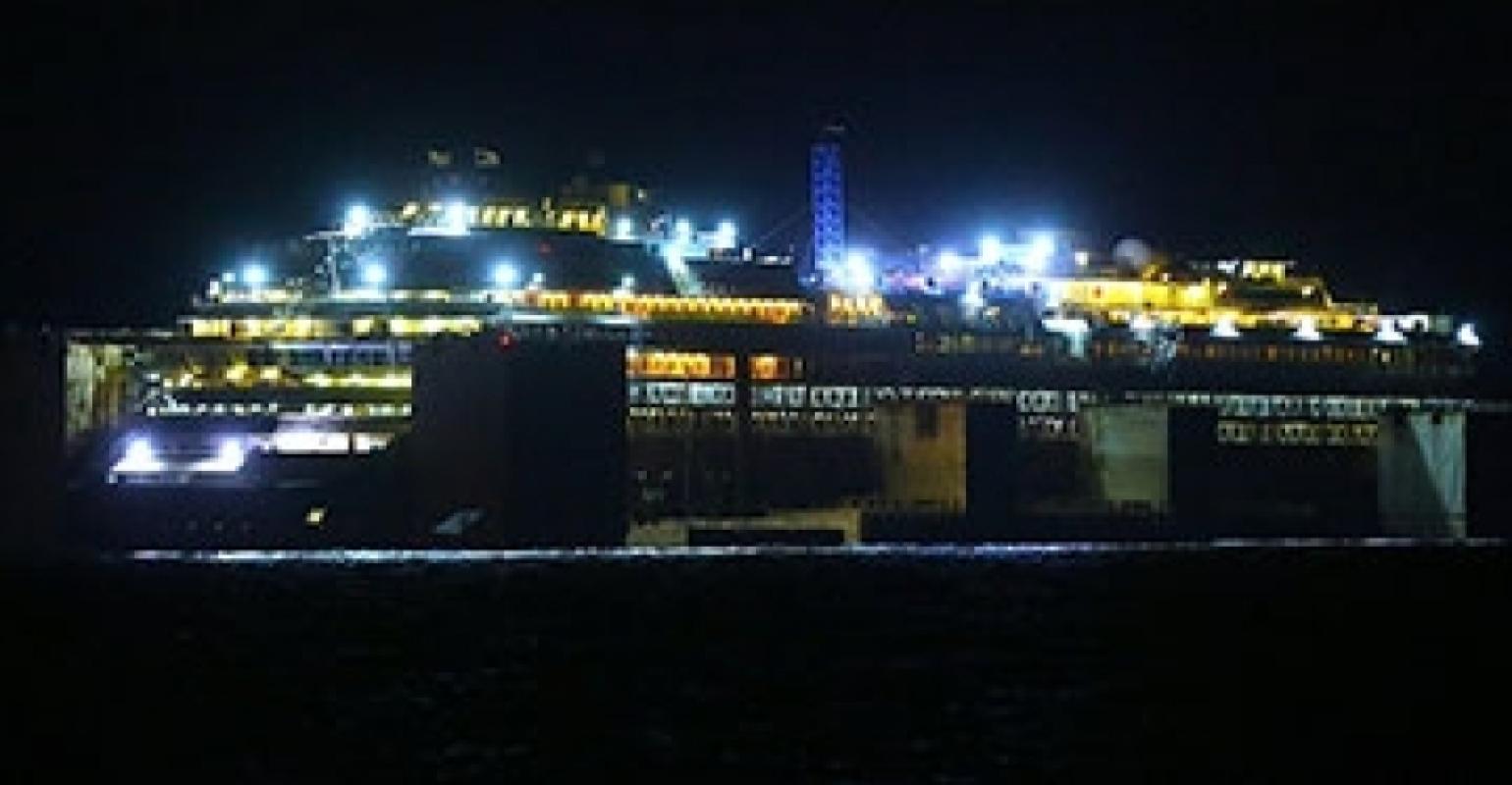 As of Thursday evening, the wreck's transit was proceeding without problems

After approximately 30 hours under tow from Giglio, the Concordia wreck on Thursday evening had traveled 63 of the approximately 200 nautical miles to Genoa at an average speed of two knots. Arrival was forecast for very early Sunday.

Thursday evening the convoy was underway between Elba and Corsica.

Seas were calm and winds were from the north-northeast at approximately 13 knots.

Technical assessments of the sponsons and their connections— cables, chains and strand-jacks—found no problems, officials reported, adding that the transit was proceeding without problems.

Remotely operated vehicles are carrying out continuous checks around the wreck during the voyage.

There have been no signs of pollution. Environmental monitoring by public authorities continues, and samples are being taken by marine biologists from the University La Sapienza.

Good marine conditions were forecast for Friday, with light winds coming from the south. This would put Concordia's arrival in Genoa Voltri at approximately 3 a.m. Sunday.