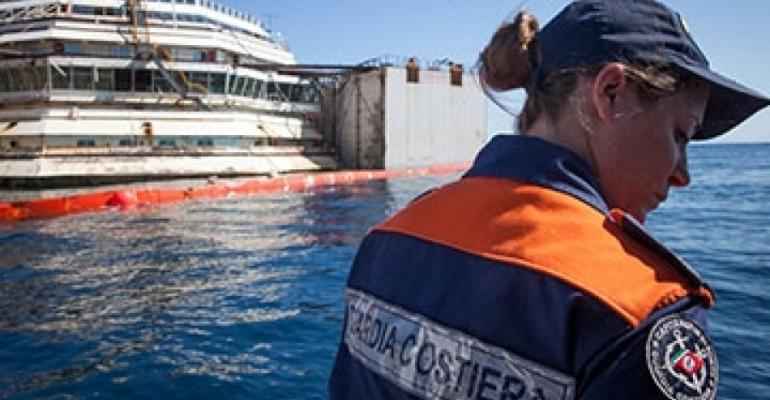 Environmental official takes a water sample at Concordia site
As Costa Concordia refloating operations continue into the third day, operations to connect and tighten the chains of three starboard sponsons are in progress, another tugboat has arrived and water samples show no critical pollution issues, according to The Parbuckling Project.

The wreck is floating an average of three meters above the level of the platform it formerly rested on, two meters in the bow area and four at the stern.

The tugboat Blizzard arrived at the area and together with the tug Resolve Earl, already on site, will tow the wreck from the bow during its transfer from Giglio to Genoa for breaking.

Concordia currently remains in position thanks to two other tugs, Garibaldo and Red Wolf on the east, which will be joined by Blizzard.

As far as the environment is concerned, the water quality testing of the samples taken on the first day of the refloating showed no critical issues, according The Parbuckling Project.