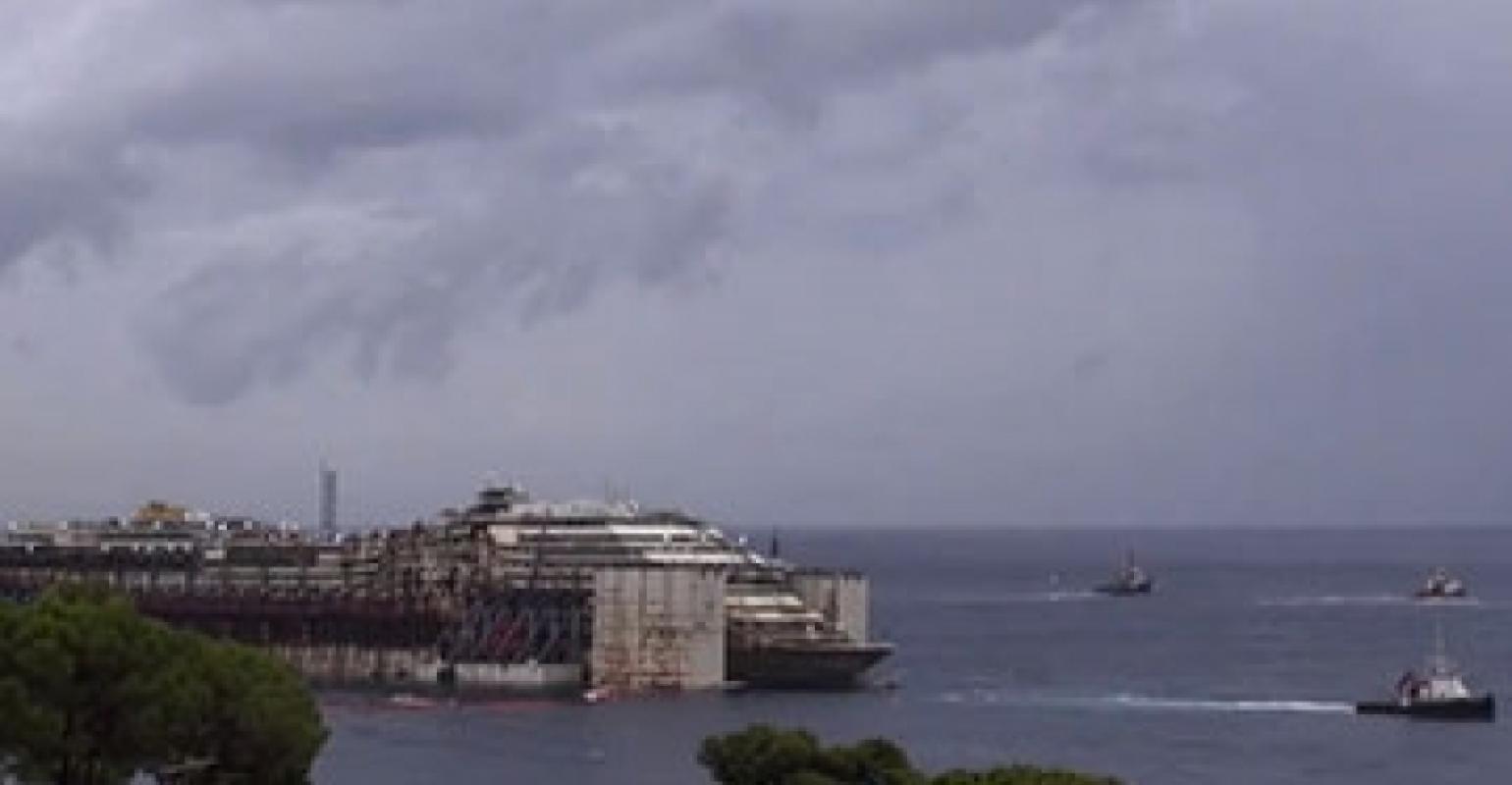 Concordia to depart Giglio on Wednesday

Concordia's refloating was completed late Tuesday, and the wreck is due to leave Giglio on Wednesday.

The Titan Micoperi salvage team was scheduled begin the departure maneuvers after the ferry from Porto Santo arrives at 8:30 a.m. Operations are planned to be completed in about four hours. The wreck will be disconnected from the towers and connected from the bow to two tug boats.

A boat carrying media will be available to follow the 14-vessel escort convoy for the first hours of navigation, officials said.

Concordia will be towed to Genoa for breaking.

Results of testing at the site confirmed the sea water quality, officials said, and after Concordia departs, environmental monitoring will continue in the coming days.

Environmental remediation activities are to be started immediately, with the sea bed assessment, the removal of the towers and the first tests on the removal of the grout bags used to create the platform where the wreck rested before the refloating.