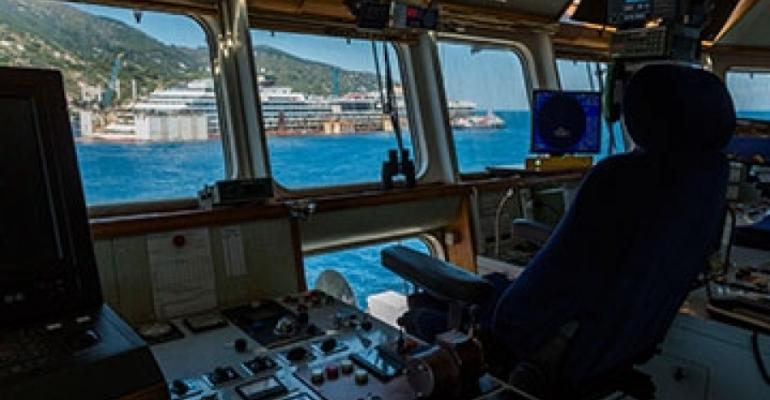 After strong winds halted refloating operations during the night at the Concordia wreck, divers resumed working to connect the last chains and cables to sponsons that are critical to further raising the vessel.

As of Thursday there are still two chains and four cables to be connected to three of the starboard sponsons—S4, S5 and S18—while the chain for starboard sponson S12 is in its final position and the connection was expected to be completed within hours, according to The Parbuckling Project.

A media update is scheduled for late afternoon, Giglio time.