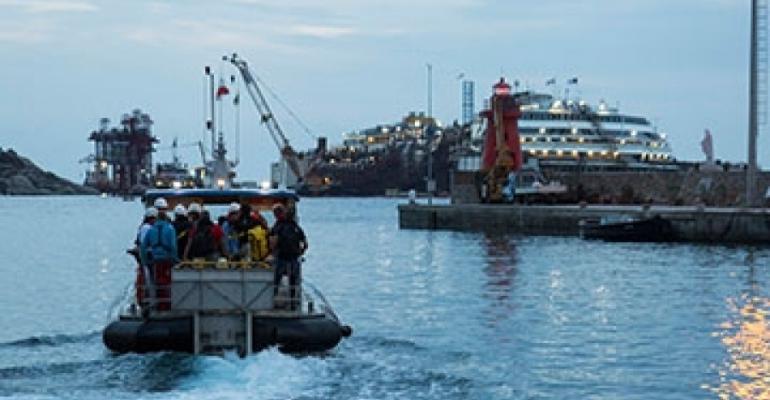 With the lowering of the starboard sponson S12 Thursday evening the Concordia wreck has emerged an additional meter, and is now floating an average of four meters above the level of the platform where it formerly rested.

Divers worked overnight to complete the connection of the chain corresponding to sponson S18. Early Friday, the Remote Operation Center team was lowering this sponson into position.

In the next hours, operations will continue to lower the other starboard sponsons and then the pontoons will move to the bow area to connect the last chain related to sponson S4.

Officials said that with these operations, more of the wreck will rise above water level.

As reported yesterday, officials were aiming for the ship to depart Giglio under tow on Monday but also were considering Tuesday as an alternative. Concordia will be transferred to Genoa for breaking.