Concordia wreck handed over at Genoa 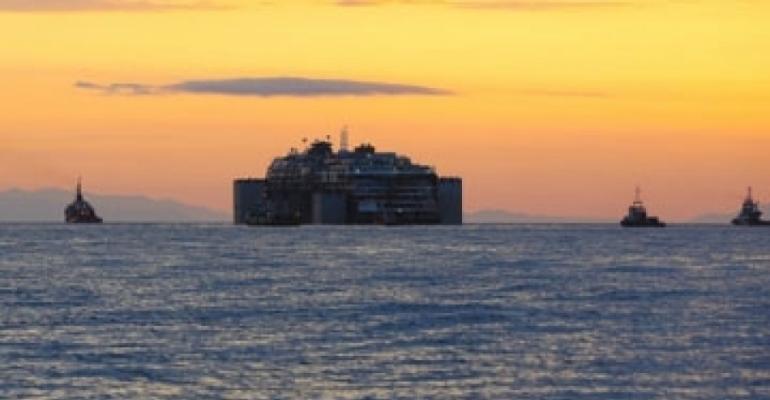 The transfer of ownership of the Concordia wreck from Costa Crociere to the Saipem/San Giorgio del Porto consortium was signed Sunday at 3:40 p.m.

The deed rules that the sale is carried out for the specific purpose of demolishing and recycling the wreck as agreed and in accordance with the prescriptions set forth by the authorities and, in particular, by the Ministry of Environment

Preparations for the entry of the wreck to Genoa's Prà-Voltri port began at 5 a.m. Sunday after the escort convoy arrived following an approximately 3.5-day transit from Giglio. The distance covered was approximately 200 nautical miles.

Harbor pilots boarded the wreck, and Resolve Earl, one of the two tugboats that towed it to Genoa, was disconnected as the first harbor tug was connected to the stern. Then the second towing tug, Blizzard, was disconnected.

Various Twitpics of Concordia entering the port are posted on @SeatradeInsider.