Concordia wreck a hive of activity in preparation for refloating 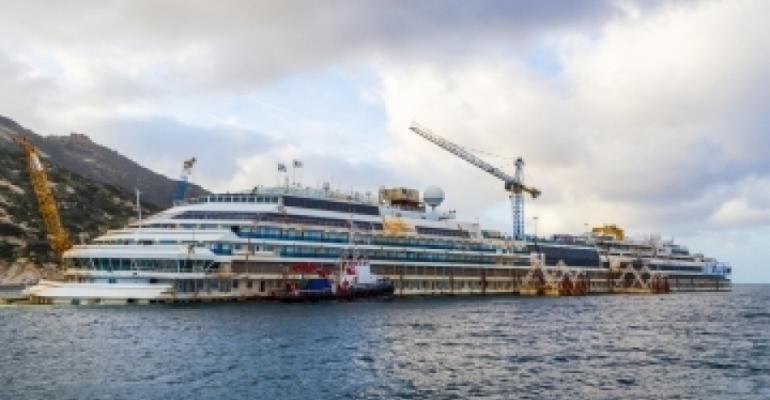 A decision on where the breaking will take place is overdue

More than 290 technicians are at work on Costa Concordia, a figure that will climb to 400 in the next few weeks as efforts continue to remove the wreck from Giglio Island as soon as possible. Currently the refloating is projected by the end of June.

There is still no news on where the wreck will be transported for breaking. An announcement had been expected by the end of February/beginning of March.

At a Monday afternoon briefing by officials, Giglio residents were told about the next project: installing the last 19 sponsons, 15 on the starboard side and four on the port side, to reach the total of 30 needed for the refloating.

In preparation for the operation, Titan Micoperi consortium technicians are working on the installation of bumpers that will create a uniform surface for the alignment of the sponsons along the damaged areas of the ship's the starboard side.

In addition, the removal of the winterization braces is in progress on the starboard side, to allow the positioning of the sponsons.

The first four sponsons, outfitted with the electrical-pneumatic systems needed for the the refloating, have been transferred from the Livorno Terminal to Marina di Carrara, and the others will follow in the next days, according to an updated at The Parbuckling Project. They will then be transported to Giglio in a vertical position ready for installation.

Currently the positioning of the first sponsons is expected by the end of April. Sponsons will be installed and connected underwater with chains and cables, a complex and weather-sensitive operation.

Once the first two sponsons are positioned, technicians are expected to be able to precisely verify the timetable for the refloating.

Environmental monitoring activities are on-going and no critical issues are indicated, according to the update.