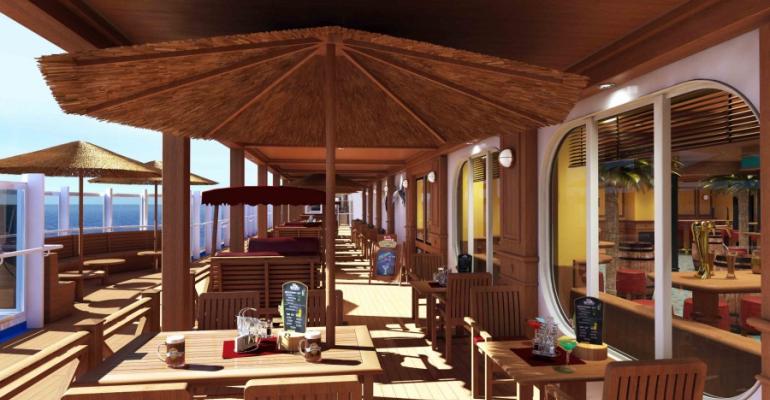 Concrete Beach has with Carnival for months to create original recipes and source and select ingredients to brew ThirstyFrog Port Hoppin’ IPA, ThirstyFrog Caribbean Wheat and FriskyFrog Java Stout on board.

ThirstyFrog Port Hoppin’ IPA offers aromatic, floral and hoppy notes with passion fruit and citrus overtones while ThirstyFrog Caribbean Wheat is an unfiltered lager with aromas of bananas and spices. FriskyFrog Java Stout is a take on a traditional stout, rich and creamy with hints of coffee.

For his part, brewmaster Jon Carpenter of Concrete Beach said it's common for vacationers to try the local beer, 'and Carnival Vista has taken the concept of local, and applied it to the decks of their ship.'

Carnival also serves beers brewed locally in homeports or within the homeport state on ships sailing from New Orleans, Galveston, Baltimore and Tampa, as well as ships that sail to Alaska and Hawaii.