A contrarian in South America, MSC Cruises boosts capacity there in 2017/18 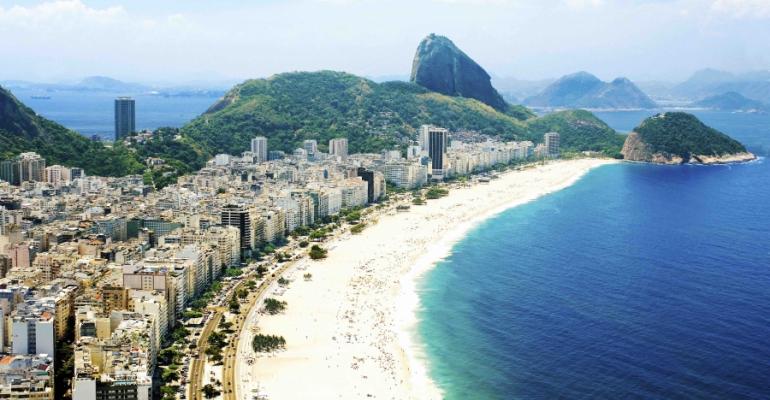 At a time when many cruise operators are reducing or exiting South America cabotage cruising, MSC Cruises will increase its commitment. The line will go from three ships in the 2016/17 season to four in 2017/18. They'll sail from Santos, Rio de Janeiro and Buenos Aires.

MSC Preziosa, MSC Magnifica, MSC Musica and MSC Poesia are booked for the November 2017 to March 2018 season. That compares to 2016/17's three-ship, December to March deployment.

Brazil's economy has declined sharply since the years when 22 cruise ships operated in the region, and lines have consistently talked about the high costs, regulatory and infrastructure challenges.

But MSC Cruises is heavily invested in Brazil and Argentina, with established offices and a high-profile presence.

Also sailing from Santos on weeklong cruises, MSC Musica will visit Uruguay and Argentina, with calls at Punta del Este, Buenos Aires and Montevideo. There are 10 departures between December and March.

For the 2017/18 austral summer MSC Preziosa returns to Santos for the same itinerary as the prior season, with nine departures from December to March.