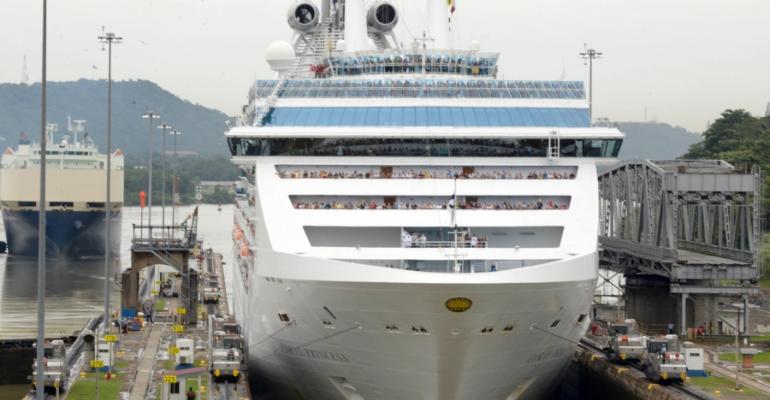 The 2014/15 Panama Canal cruise season has officially begun with the transit of Coral Princess, in a repositioning voyage from Los Angeles, California to Ft. Lauderdale.

Approximately 200 cruise ships are expected to transit through the Panama Canal during this season that spans from October 2014 to April 2015.

According to Felix Ayarza, international trade specialist of the vice presidency for planning and business development, the number of cruise ships scheduled to transit through the waterway is similar to past seasons.

Ships operated by Holland America, Princess, Celebrity and Norwegian Cruise Line are among regular visitors offering itineraries of ten or more days, which include the Panama Canal as part of the experience.

Other cruise ships due to transit include Tere Moana and Wind Spirit, which have shorter seven-day itineraries along the west coast of Central America.

This season sees ships from Hapag-Lloyd Cruises and Costa Cruises transiting on new itineraries through the Canal. Hapag-Lloyd’s Europa 2 will transit on January 20, 2015 and Costa Atlantica on April 24, 2015.