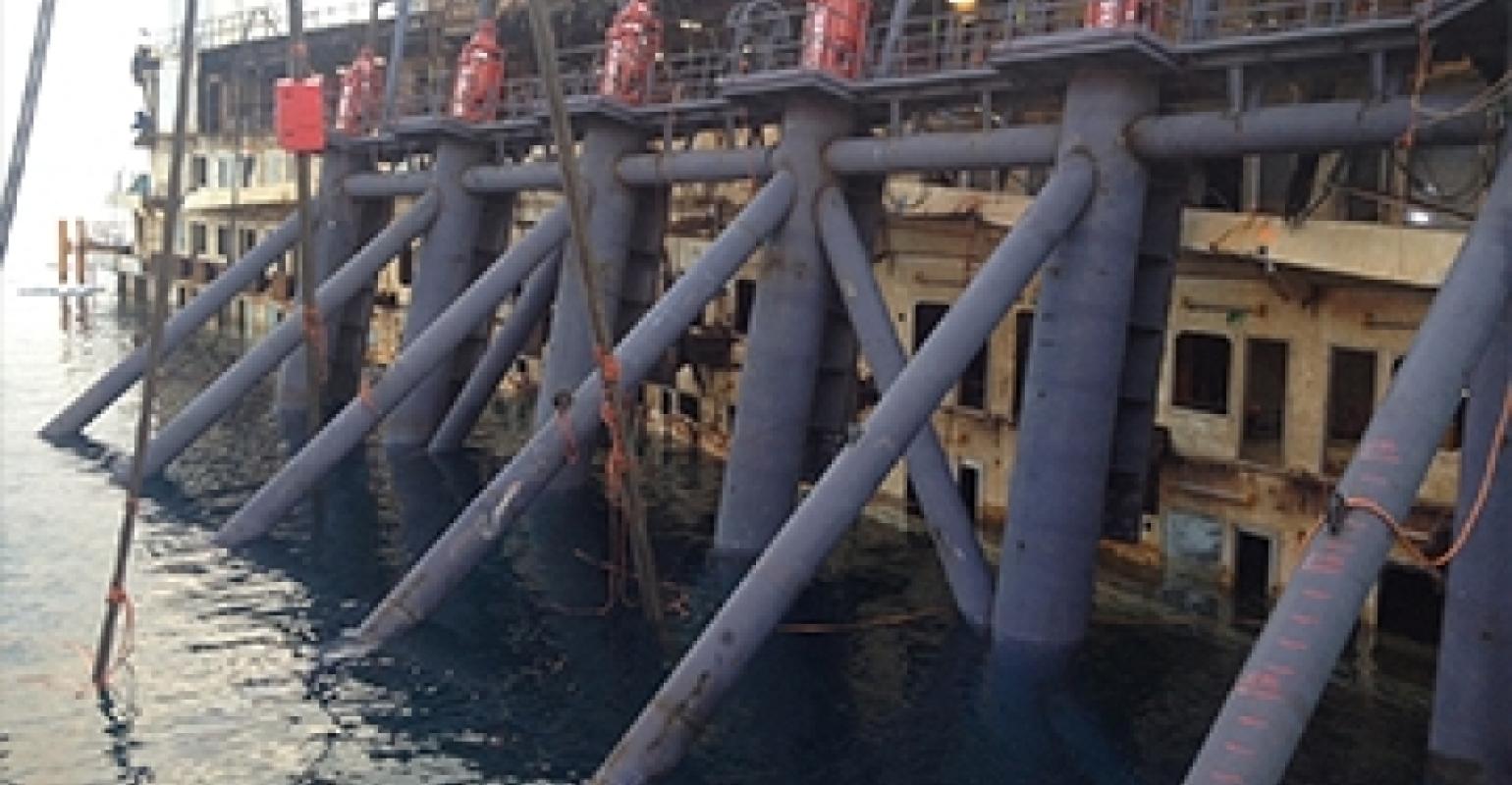 The removal of the Costa Concordia, scheduled for June, has been set back to July 18-20, according to news reports from Italy.

At a meeting this week in Florence, Maria Sargentini, head of the Monitoring Observatory, said the wreck will be towed from Giglio to Italy's mainland, but the destination for the breaking has not been announced, ANSA news service reports.

The installation of sponsons that will be used to refloat the ship from its perch on an underwater platform high above the seabed continues. Last week one sponson, S13, came loose and was towed by barge to Genoa for repairs.

On Monday, the installation of sponson S10 was completed, according to The Parbuckling Project.

Officials at the Florence meeting approved the use of a robot to monitor residual fuel in the ship's tanks to prevent any leaks during the removal operation.