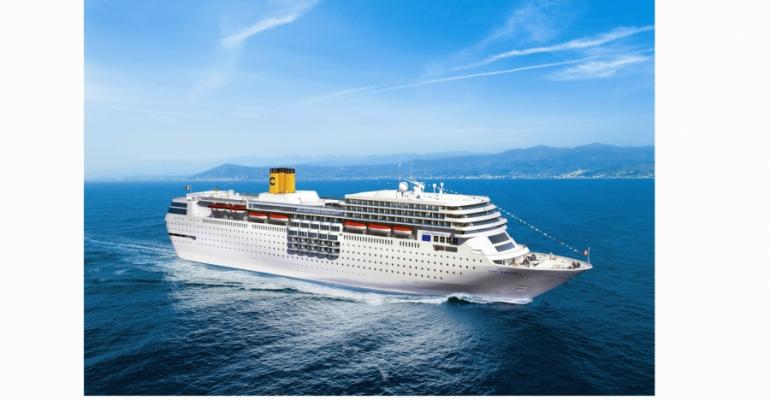 Costa neoRomantica heading to Asia in 2017

Costa Group announced that starting in April 2017, the 1,800-passenger Costa neoRomantica will be based in Asia year-round.

That brings to five the number of Costa ships deployed regularly in Asia and operated by the Costa Asia brand, offering cruises marketed for local travelers.

'The deployment of a fifth Costa ship in Asia in 2017, in addition to the two new fleet members that will be built specially for Costa Asia, will allow us to continue to significantly grow the Asian cruise market in particular China, which is set to become the second largest in the world by the end of the decade,' said Costa Group ceo Michael Thamm.

The 56,800gt vessel will then be drydocked in Shanghai to undergo a makeover to customize the ship for catering to local sourcing. The first cruise dedicated to the local market is scheduled to sail from Shanghai on April 24, 2017.

In addition, Costa Group recently announced an order for two new ships for Costa Asia, to be built by Fincantieri in Italy, with delivery in 2019 and 2020.

The Costa Group has been deploying ships in China since 2006.