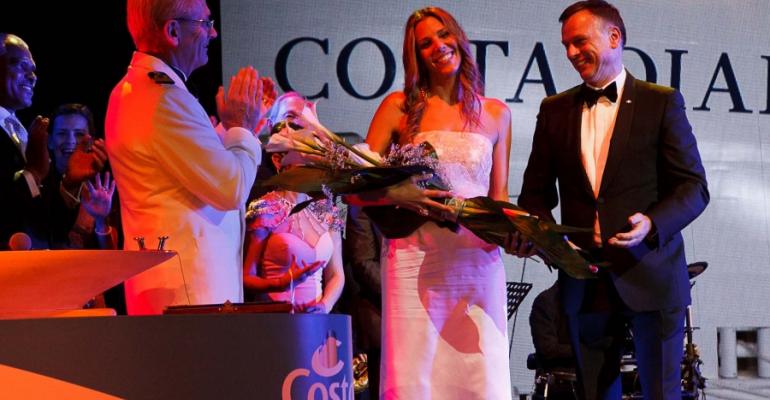 Costa Diadema was alongside at Ponte dei Mille at Genoa's Stazione Marittima. For the christening, the ship blessed by Cardinal Angelo Bagnasco, archbishop of Genoa and president of the Italian Episcopal Conference.

Following a light show and fireworks, the celebrations continued on board with a gala dinner featuring a special menu created by Costa's Michelin-star chef Fabio Cucchelli.

Costa Diadema was due at nearby Savona on Saturday for the inauguration of the second cruise terminal at the Palacrociere, managed by Costa.

From Nov. 8 until the end of the 2015 summer Mediterranean season, the new ship will sail from Savona on weekly cruises to Marseille, Barcelona, Palma de Mallorca, Naples and La Spezia.