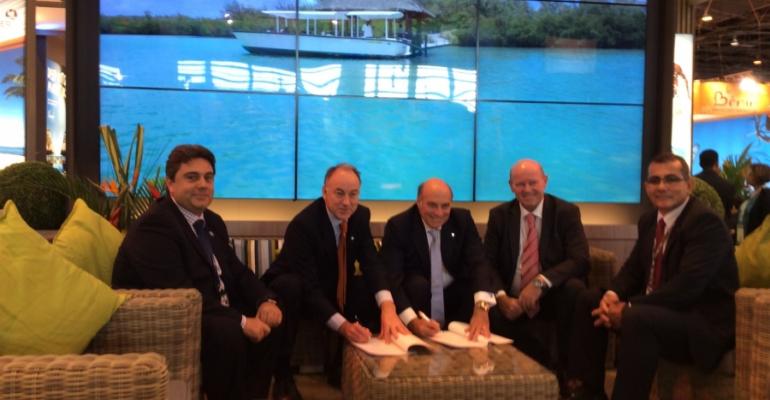 Costa Cruises is gearing up its operations in the Indian Ocean by doubling the number of cruises for winter 2016-17 season. It has been homeporting a ship in Mauritius for the winter since the end of 2006.

The first of eleven 14 night cruises onboard Costa neoRomantica is scheduled to depart from Mauritius on October 15, 2016 and the last on  March 4, 2017.

The itineraries include longer stopovers such as a two day and two night stay in the Seychelles Islands.

The increase in the number of cruises in the Indian Ocean is the end result of an agreement signed today in Paris, during the IFTM/Top Resa travel trade show, between Costa Cruises, the Seychelles Ministry of Tourism and the Vanilla Islands Organisation (tasked with promoting regional tourism).
'We are the only company offering regular cruises to these unique islands of the Indian Ocean,' declared Norbert Stiekema, evp sales & marketing at Costa Cruises.

'Thanks to the partnership agreement reached with local authorities, our tourism offer to these destinations will continue to grow, and during the 2016-17 winter season we plan on taking about 15,000 guests, and most of them European, on cruises to the islands,' he continued.

The agreement calls for cooperation and investments for promoting tourism, for improving port infrastructures and guest hospitality facilities, for flight connections and for shorex.

To mark the start of Costa neoRomantica's 2015/16 Indian Ocean season, all the Ministers of Tourism of the Vanilla Islands will be onboard for a two day meeting with Stiekema for further discussions on the new agreement.