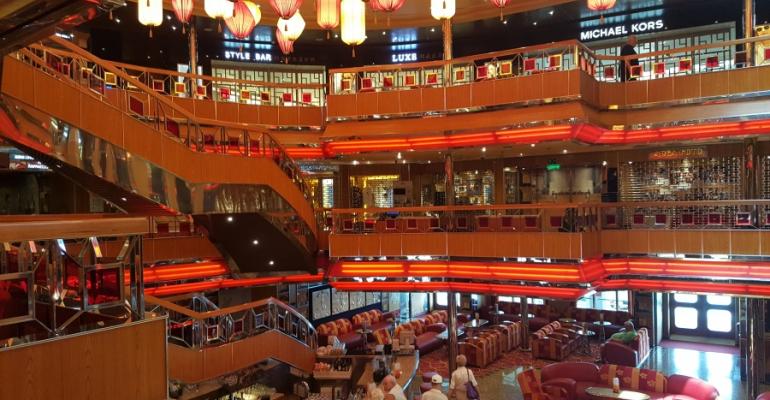 Costa Fortuna made her maiden call at Singapore on the back of Costa Cruises' continuing Asia expansion. The vessel left Tuesday for Vietnam and Hong Kong en route to start her homeport season in Shanghai over the next few months.

Costa Serena’s debut in Costa’s Asian fleet increased its capacity in the region by 74%. Costa Fortuna, as the fourth ship of Costa’s investment plan in China and Asia, further increases capacity by 38% .  The company said the latest deployments highlight its strategy to 'strengthen its leadership and position in China and Asia, as well as its commitment and confidence to continuously develop the region to be one of the leading cruise markets in the world.'

According to statistics from China Cruise & Yacht Industry Association, Costa took an early lead in 2014 in China with a 35.98% market share of homeport sailings. The line has been deploying not only more ships, but bigger ships, with Costa Fortuna able to carry more than triple the passengers of the first Costa vessel deployed to Asia.

Some 100 travel agents, business partners and media visited Costa Fortuna on her maiden call. She was decked in readiness for the China market with signage in English and Mandarin. A singer who briefly entertained the group comfortably thanked the audience 'hsieh hsieh' in Mandarin, after belting out Italian pop songs.

Agents were told that at the year end, the fully refurbished Costa Victoria will be offering cruises out of Singapore. As it will be her last year in the region, agents were urged to encourage passengers to grab their last chance to enjoy the vessel. The Christmas sailing is already booked out.