As Costa goes on a charm offensive, spring sales are up 28% YOY 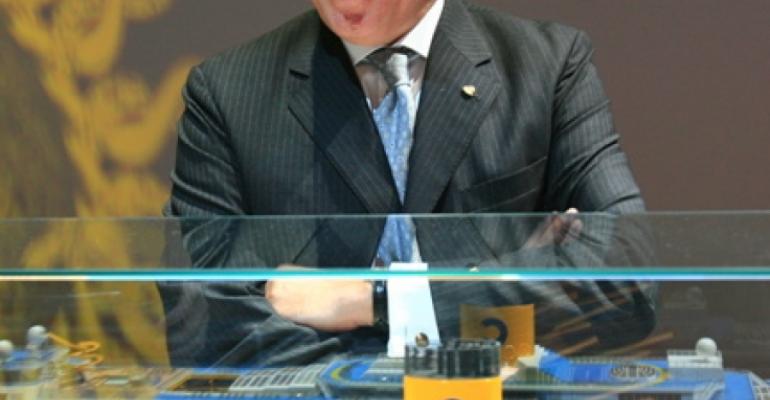 Foschi - thanked those who stood by Costa after Concordia incident

One million passengers have booked cruises with Costa in 2012, and sales in April and May were 28% higher than the same period in 2011, the company said Saturday as part of a public outreach in its hometown of Genoa. Five months after the deadly Costa Concordia incident, Costa chief Pier Luigi Foschi expressed gratitude to local officials and the public for their support while also stressing the economic and social value Costa generates in the region.

Foschi spoke at a public meeting in the Genoa Provincial Administration’s Salone del Consiglio Provinciale. That was followed by an open house at Palazzo Costa where company executives talked about seafaring and related professions with special reference to the command of a cruise ship and the jobs associated with the Savona Palacrociere cruise terminal.

Foschi began his remarks by thanking the local authorities, the general public and everyone who stood by Costa in the aftermath of the Concordia capsize.

Promotional activities were suspended after the accident for varying periods depending on the market. When marketing resumed, sales bounced back. Costa said it clocked up its 1 millionth customer booking for 2012 cruises on May 25.

The company further said guest satisfaction levels have remained high, with 98% of passengers ‘very satisfied’ or ‘satisfied,’ and the item that always tops customer comment scores is the crew.

During his speech, Foschi reiterated figures about the company’s impact on Italy’s economy. In 2010, that exceeded €2.2bn, according to a study conducted by the Milan Polytechnic Business School. The study also found employment generation was 12,300 jobs, including 3,600 within the group and 8,700 generated along the supply chain. Gross income from this employment totaled more than €373m.

Shipbuilding is a key beneficiary. Costa said that since 1990, it has spent €5.8bn for work at Fincantieri, T. Mariotti and San Giorgio del Porto shipyards, with a total of 14 ships built or on order, in addition to vessel refurbishments. On top of this a further €19.2bn was spent by other Carnival Corp. & plc affiliates.

Not surprisingly, the company’s impact is especially strong in the Ligurian region, where the Genoa headquarters employs a workforce of around 800. In Savona, Costa built and operates the Palacrociere terminal and this week began work on a satellite facility due to open in September 2013.

Costa said it brought around 30,000 tourists to Liguria on shore tours last year.

During Saturday’s open house, one session dealt with navigation, the role of the captain and training (presented by nautical operations director Giorgio Moretti), ship safety (by safety and occupational health operations director Paolo Mattesi) and the engine room, role of the chief engineer and training (presented by fleet maintenance manager Valter Cravedi).