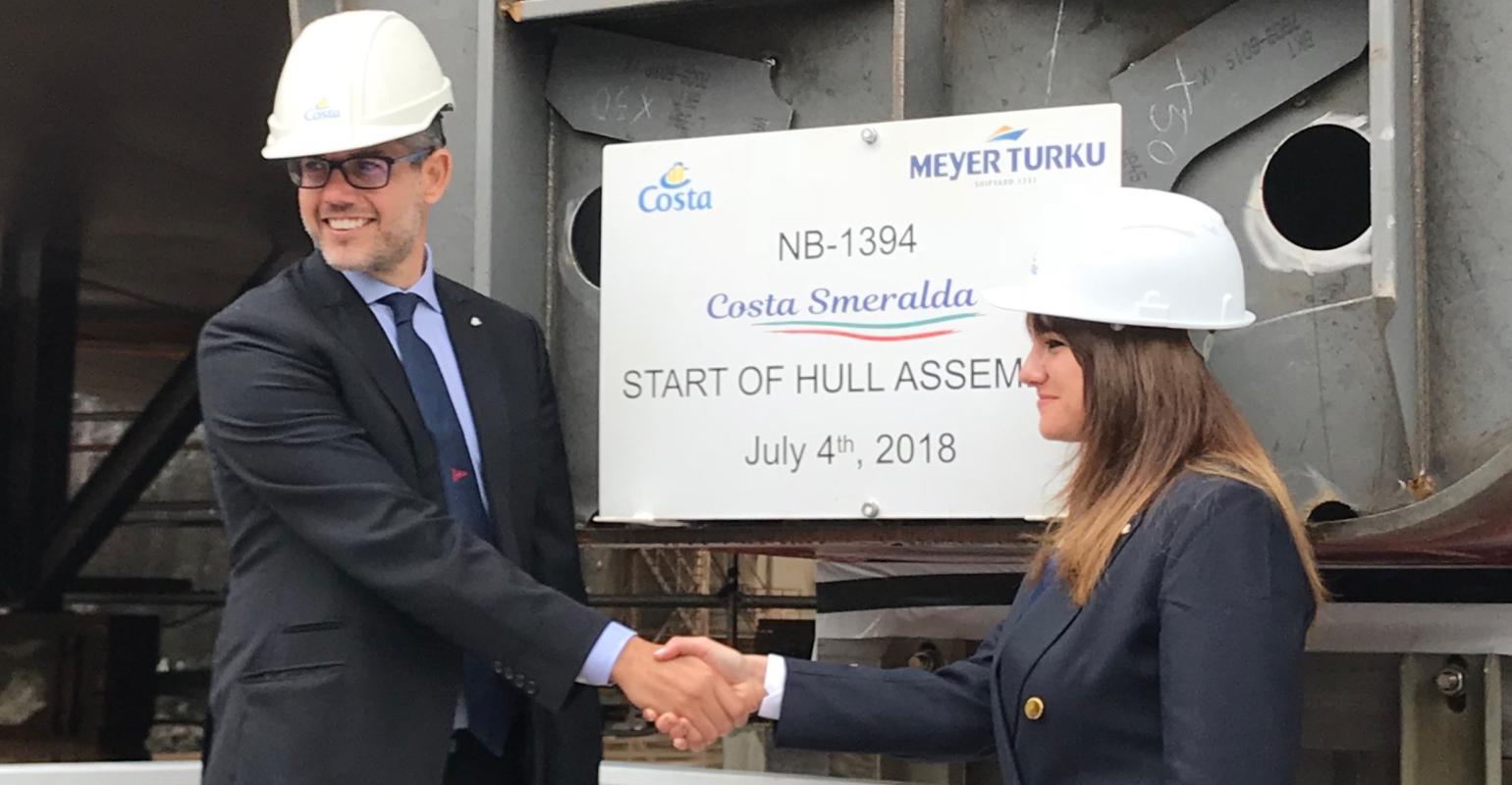 Neil Palomba spoke about the Genoa homeport plans during Wednesday's coin ceremony for Costa Smeralda at Meyer Turku
Costa Cruises has undertaken a survey of the Port of Genoa to find a suitable location for a cruise terminal, president Neil Palomba said, adding that it would be about five years before such a facility could be operational.

Costa is a minor shareholder in Genoa’s Stazioni Marittime, however the berths are fully booked during the weekends, the most desirable time for cruise ship turnarounds.

A new terminal would need support from all the local institutions along with Costa Group involvement, Palomba said.

No impact on Savona's growth

'Our decision won’t change future plans for our exclusive cruise terminal in Savona,' Palomba said, adding both destinations use the same logistical support network and airport.

The plan to return to Genoa—although Palomba said Costa Cruises has never left it—was unveiled with the company’s 70th anniversary in its hometown imminent. The Costa Zena Festival on July 7 will see the Ligurian region's capital host a day of events highlighted by some of the attractions available on Costa ships.

‘With the expansion of the Costa Cruises and Group fleet, Genoa will be an important if not fundamental destination for its ships' itineraries in the Western Mediterranean in the future. It will co-exist with Savona, enhancing our capabilities in the Mare Nostrum,' Palomba said during the coin ceremony for Costa Smeralda at Meyer Turku Wednesday.

Since Liguria has been Costa’s home throughout its 70-year history, the company is ‘especially happy to strengthen our presence in all the three main ports of the region [Savona, Genoa and La Spezia],’ Palomba continued.

Costa Fortuna to kick off homeporting

Last March Costa announced plans to homeport Costa Fortuna, currently deployed in Asia, from Genoa, marking the first time in nearly 15 years a Costa ship has turned around there.

From the end of March to November 2019, Costa Fortuna will call every Friday, sailing two different itineraries: in the spring and autumn, the ship will visit Marseille, Barcelona, Valencia, Civitavecchia and La Spezia, and in the summer, Marseille, Tarragona, Palma di Mallorca, Ibiza and Olbia.

‘This is only the beginning as we want Genoa to become a homeport for our ships in the Western Mediterranean. The introduction of new and bigger platforms such as the Costa Smeralda-class ships not only requires new investments and operational enhancements in Savona but also highlights the need to find new homeports in order to satisfy concurrent activities with these new generation and larger ships,' Palomba explained.