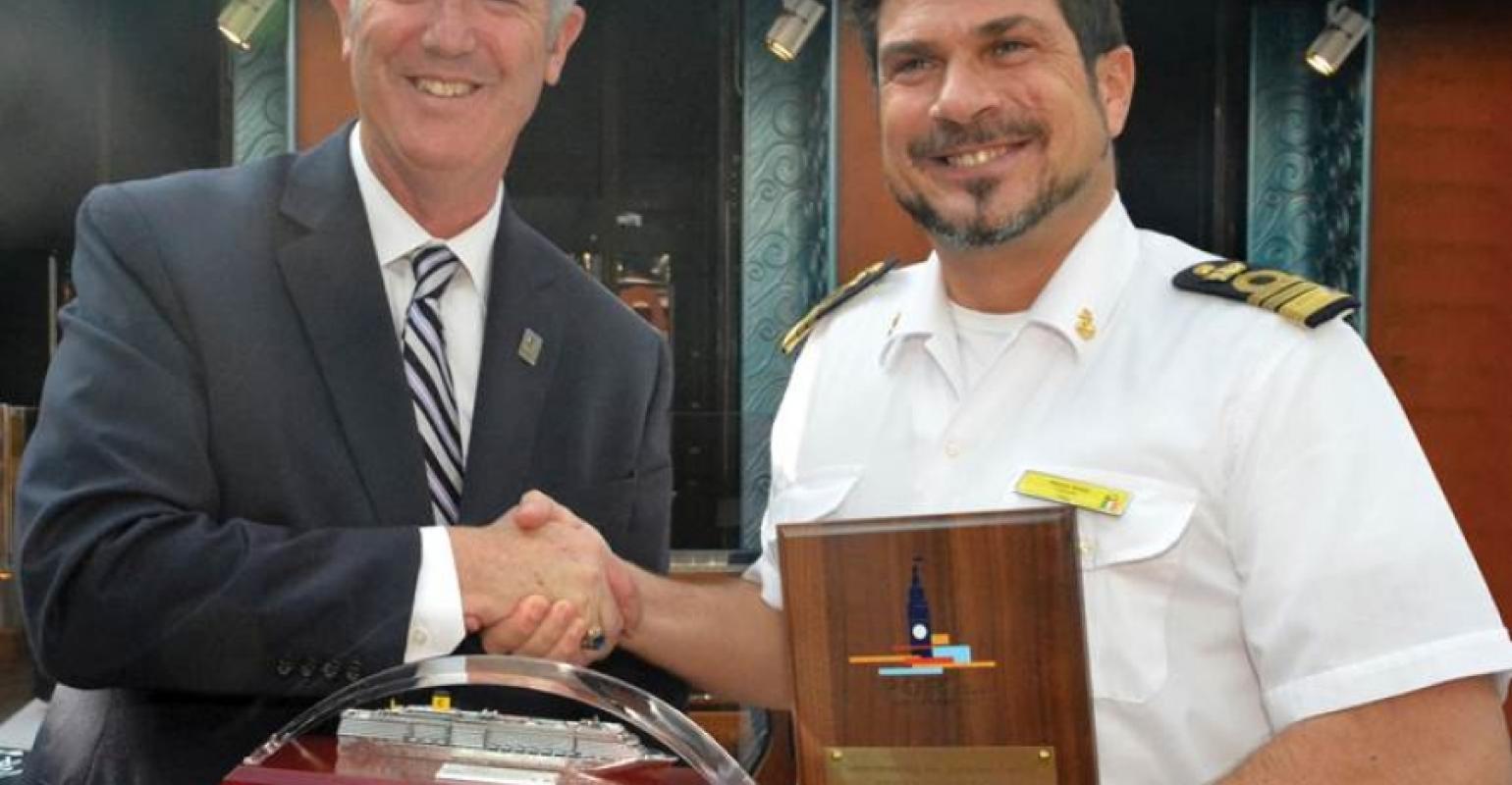 Costa Luminosa overnighted in San Francisco on Wednesday, a third of its way through a 98-day world cruise that sailed from Savona, Italy, on Sept. 14.

It was the ship's first visit to the Port of San Francisco.

Costa Luminosa, which docked at the James R. Herman Cruise Terminal at Pier 27, is carrying approximately 1,500 passengers, mainly Swiss, Germans and French, followed by Italians and Spaniards. Their ages range from 1 to 95.

This was the latest of several maiden calls to the Port of San Francisco, following Le Boréal on Sept. 28 and Costa Atlantica on May 6.