Costa marks a decade of cruising in China 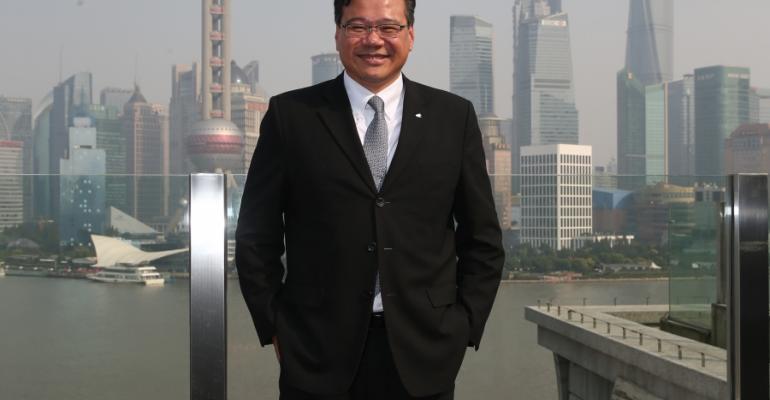 Buhdy Bok, Costa Asia president thanked the local communities for their consistent support
Costa Asia celebrated its 10th anniversary of operations in China with a party in Shanghai.

The 2,000,000th passenger attended the celebration as the guest of honor and was awarded with a free ticket for a future Costa cruise.

Since its maiden China voyage in July 2006, Costa Asia has achieved a number of industry firsts. It was the first large international cruise company authorized to operate and deploy home ports in China.

So far, Costa Asia has served 2m passengers in the China and Asia markets.

According to China Cruise & Yacht Industry Association statistics, China had over 1.1m cruise visitors in 2015, and Costa Asia was recognized with the most voyages and passengers with a 38.31% market share.

Buhdy Bok, Costa Asia president thanked the local communities for their consistent support over the past decade. 'We would also like to thank all of our staff for their dedication and the invaluable contributions they have made to the company and its passengers, ' Bok concluded.

Costa Asia’s fleet will welcome the arrival of Costa neoRomantica in 2017 and add two 4,200 berth newbuilds specifically designed for the China market, in 2019 and 2020. In addition, AIDA Cruises will also join Costa Asia in 2017 by placing a ship in China year-round for the first time, homeported in Shanghai for the China market.

Costa Asia has shown its commitment to the China cruise industry by increasing the number of Chinese onboard staff and collaborating with local institutes to attract and train local talent its local ships. Costa Asia has so far employed a total of 2,700 Chinese staff aboard its fleet and plans to increase the number of Chinese staff onboard to 50% by 2020 and create more career opportunities for the China cruise industry.