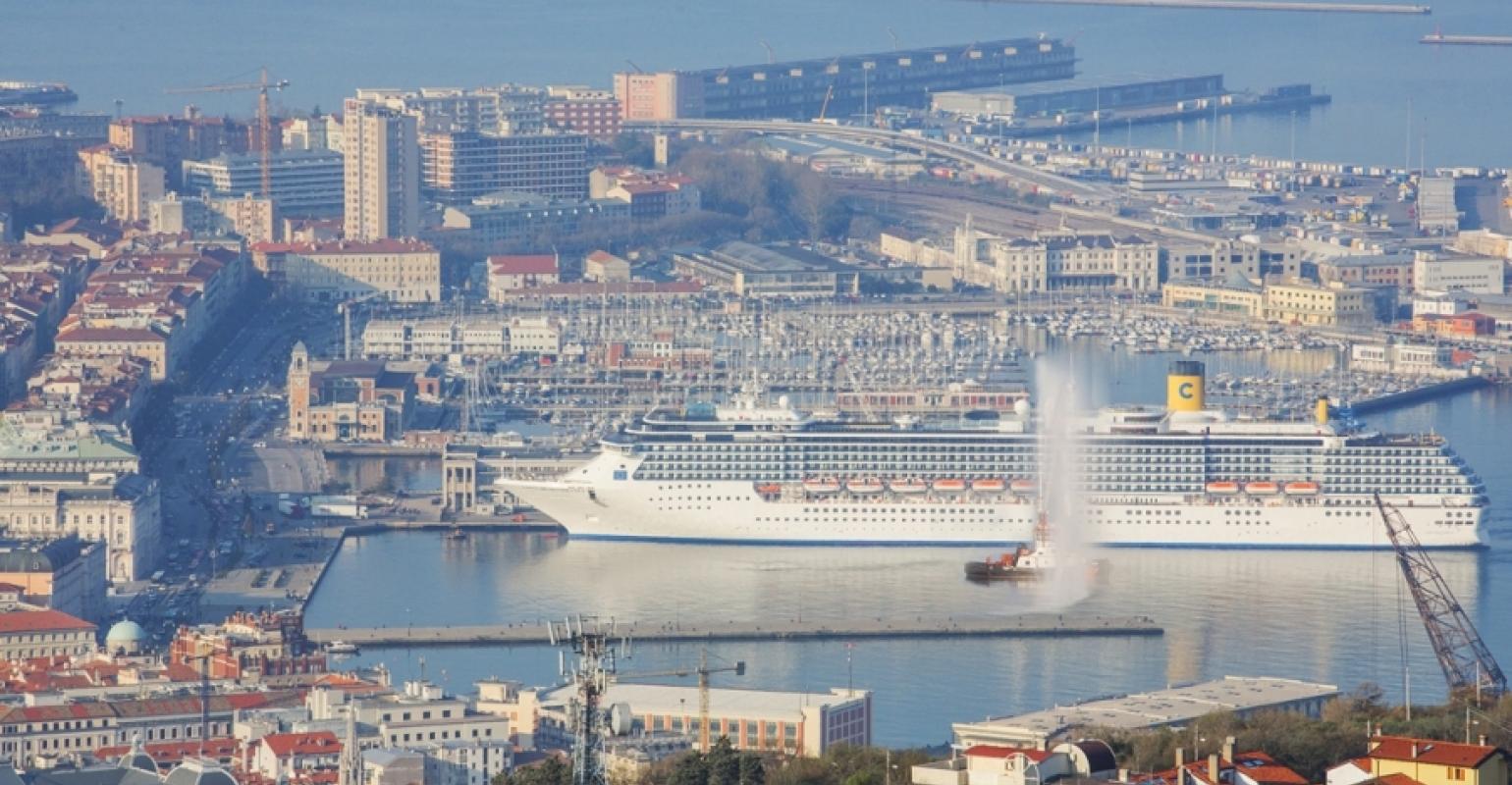 Costa Mediterranea begins a season of cruises from Trieste

Costa Mediterranea arrived at Trieste, Italy, on Friday where it will make nearly three dozen turnaround calls until late November.

The ship arrived on a trans-Atlantic cruise that departed Miami on March 20.

On Saturday Costa Mediterranea will depart for its first Adriatic sailing. The turnaround in Trieste involves more than 3,600 passengers, with about 1,400 disembarking and 2,200 embarking. They come from countries including Italy, Switzerland, France, Germany, Austria and Japan.

Until Nov. 21, Costa Mediterranea will sail every Saturday from Trieste, for a total of 33 calls. The ship will operate two different itineraries, with destinations in Croatia, Montenegro and Greece, and, starting May 9, Venice.