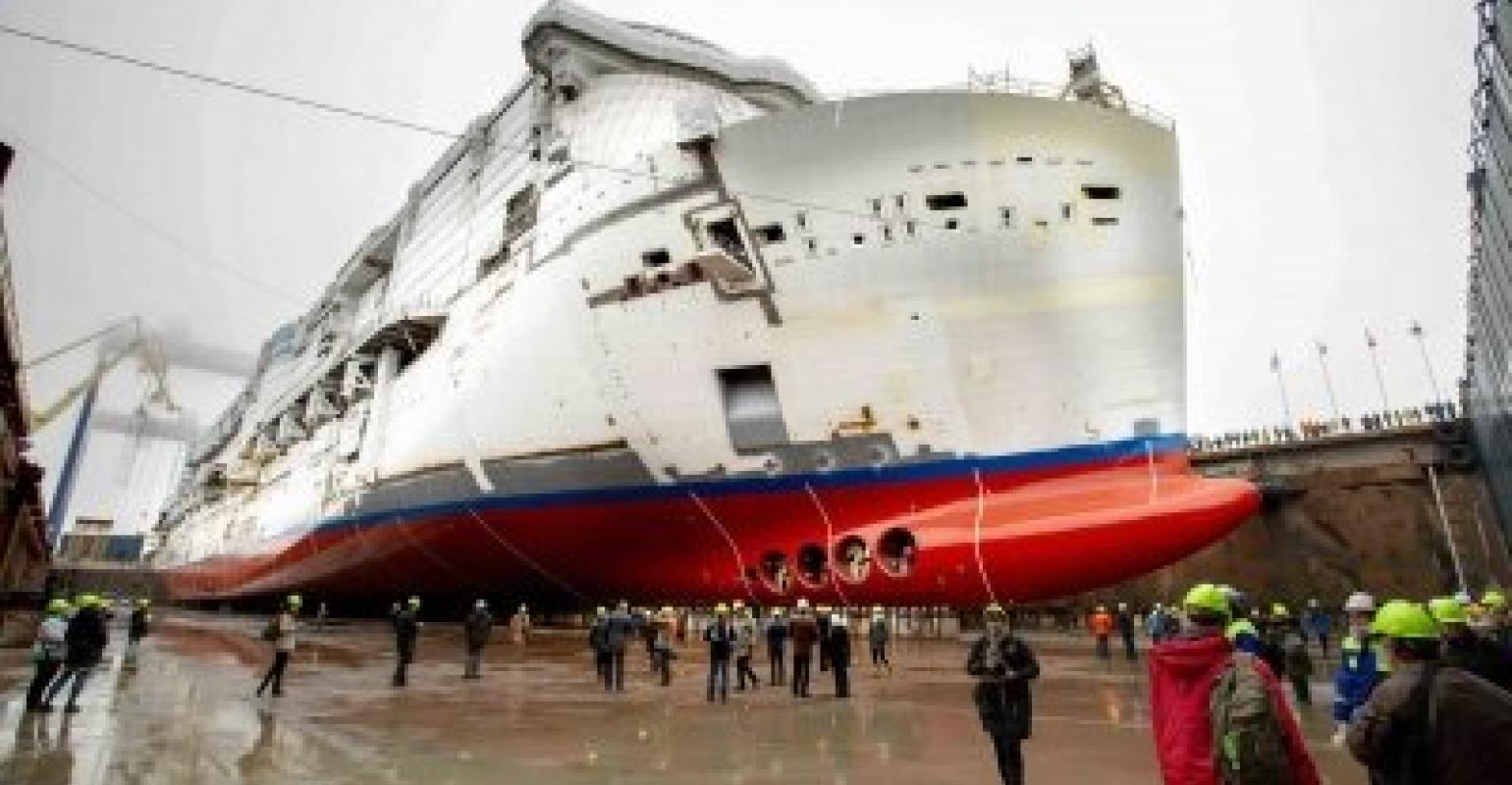 Costa Smeralda is pictured just prior to its float-out on Friday PHOTO: Meyer Turku

A fire caused by welding broke out on Deck 15 of Costa Smeralda at Meyer Turku shipyard. It has been extinguished, with two people undergoing checks for 'slight injuries' and approximately 10 experiencing smoke inhalation, according to the yard.

The blaze impacted stored equipment, and was started by welding inside the ship.

It broke out at approximately 4:45 p.m. Finnish time. The Meyer Turku fire brigade was first on the scene and began firefighting. Local fire brigades arrived shortly after. During this time, Costa Smeralda was evacuated.

According to the yard, material damages were minor and the ship's building schedule is not impacted.

Costa Cruises' first LNG-powered vessel was floated out of the buildng dock on Friday.