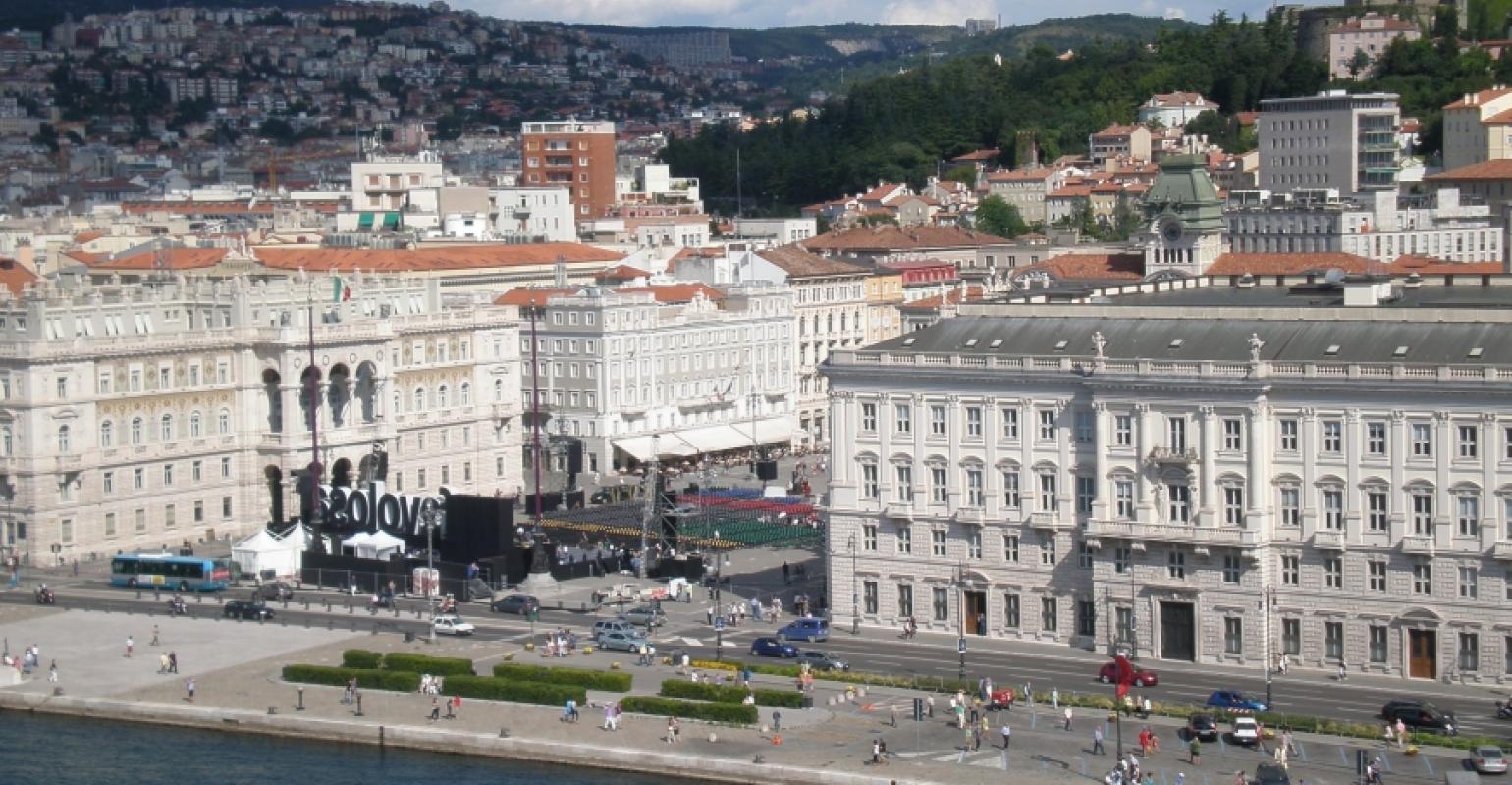 Costa Crociere ceo Michael Thamm and Debora Serracchiani, president of the Autonomous Region of Friuli-Venezia Giulia, signed a memorandum of understanding for the development of cruising in Trieste.

'Trieste is a strategic port for Costa and provides the ideal opportunity to visit both the region and nearby Venice,' Thamm said. The company is 'working very productively' with the region and local institutions on this effort, he added.

'This agreement confirms our commitment to facilitating Costa Cruises in its expansion in Trieste, which we consider to be strategic for the promotion of tourism throughout our region,' Serracchiani said. In particular, the planned Costa calls put a spotlight on Trieste and the region for visitors from Eastern Europe.

The parties have set up a task force to boost rail transport links and conduct a feasibility study about hydrofoil service.

Consolidating Trieste’s role as the natural point of departure for northern Adriatic cruises also means promoting tourism in the region, which can benefit the overall hospitality business, Serracchiani said, adding that the goal is to attract more cruise ships.

Signed Friday, the memorandum of understanding aims to develop Trieste as an embarkation port and a port of call. The associated activities include a commitment to improve transport to and from the city, in particular the rail link with northern and central Italy, to promote Trieste as a cruise destination and natural gateway port for tourists from Eastern Europe, to add Trieste as regular stop for the latest generation Costa ships in 2015, and to reinforce Costa’s presence in the Trieste Passenger Terminal.

On Nov. 1, Trieste will be the first port to welcome the new Costa Diadema, with a special presentation event. Starting in April, Costa will begin a new program of cruises from Trieste on Costa Mediterranea, which will call every week and stay two full days. Next year, a new ‘Rail&Cruise’ formula will facilitate cruisers traveling from Turin to Trieste on the ‘Frecciabianca’ high-speed train with a number of special services included.

Costa Diadema’s preview cruise will originate in Trieste on Nov. 1, with an overnight stay until 1 p.m. the following day. During the call a special event will be staged to present the ship to the city.

Next year Costa Mediterranea will visit 35 times on weekly calls, from April 10 through Dec. 5, 2015.  The ship will arrive at 9 a.m. every Friday and depart at 7 p.m. Saturday. The itinerary also includes Split, Kotor, Kefalonia, Corfu and Dubrovnik.

As earlier reported, a new strategic partnership with Italian state railway operator Trenitalia will enable Costa passengers to buy rail tickets on the Frecciabianca high-speed service between Turin and Trieste stopping at Novara, Vercelli, Brescia, Verona, Vicenza, Padua and Venice. Costa passengers will travel in reserved carriages and be offered a series of additional services included in the fare.

These include transfer of their baggage from their doorstep to their cabin, transfer from the station to the port and vice versa, assistance from Costa ground staff at their station of departure and on the train and baggage insurance.