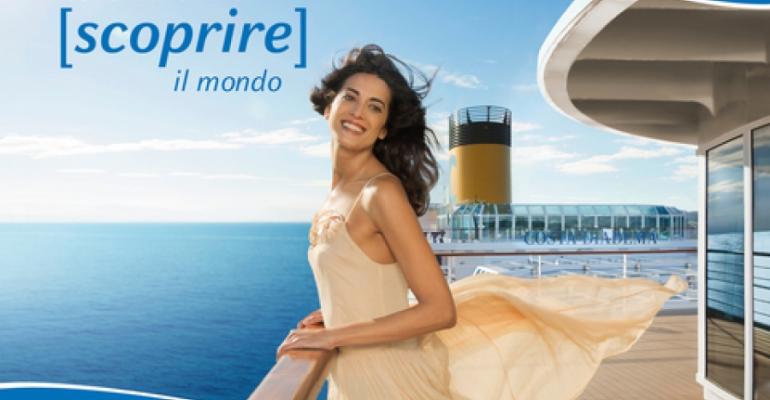 Costa Crociere will chart 'grand cruises' combining the Baltic and Norwegian Fjords and India with Dubai, new sailings in the Black Sea, Spain and Morocco voyages with an overnight in Casablanca and a trio of world cruises.

The brochures were previewed during the company's annual Protagonisti del Mare (Champions of the Sea) sailing for top travel agent partners.

From May through August 2016 on Costa Favolosa passengers will be able to combine two sailings for a grand two-week cruise featuring the great Baltic cities and the Norwegian Fjords, with a long stopover at Warnemünde to visit Berlin.

In January and February 2016 and 2017, Costa neoRiviera will be offering 23-day cruises from Dubai to India, as part of the leisurely paced Costa neoCollection, with overnight stays at Dubai, Mumbai (India), the Maldives and Muscat (Oman), as well as calls at Cochin and Goa (India), Colombo (Sri Lanka) and Khasab (Oman).

Also new for the Costa neoCollection, in March and April 2016, are Costa neoRomantica cruises in the Black Sea. The 16-day itinerary includes an overnight at Istanbul with other calls at Izmir (Turkey), Burgas (Bulgaria), Constanta (Romania), Athens, Volos and Olympia-Katalokon (Greece).

Spain and Morocco are featured in new 12-day cruises on Costa Fascinosa, for winter 2015/16 and 2016/17, with an overnight at Casablanca. The itinerary also includes Barcelona, Málaga, Cadiz, Tangier and Tunis.

Among the other offerings are getaways of a few days, cruises in the Caribbean and South America, and year-round Mediterranean sailings.

The 2016/17 brochure introduces destinations with short travelogues consisting of quotes from famous writers, philosophers and artists. Plus, fares have been simplified by indicating only the base price for each type of cabin, which Costa said leaves more room for the destination information and photos. Full fares are listed at costacruise.com.

The lifestyle on board is highlighted, too, with emphasis on Italian food and wine, regional cuisine, illy espresso, artisanal chocolate by Guido Gobino, Biasetto macarons, Barilla pasta and Agrimontana’s quality ice cream. The wine list includes superior Italian labels and aperitifs such as Cantine Ferrari’s Ferrari Brut, Perlé and Demi-sec.

One section of the brochure is devoted to the new flagship, Costa Diadema, while another part covers the Costa neoCollection.

The separate neoCollection brochure focuses on 24 voyages, all longer sailings on the smaller ships with an emphasis on cultural attractions including UNESCO World Heritage Sites and longer stays in port.