Countdown begins for arrival of Carnival Legend in Sydney 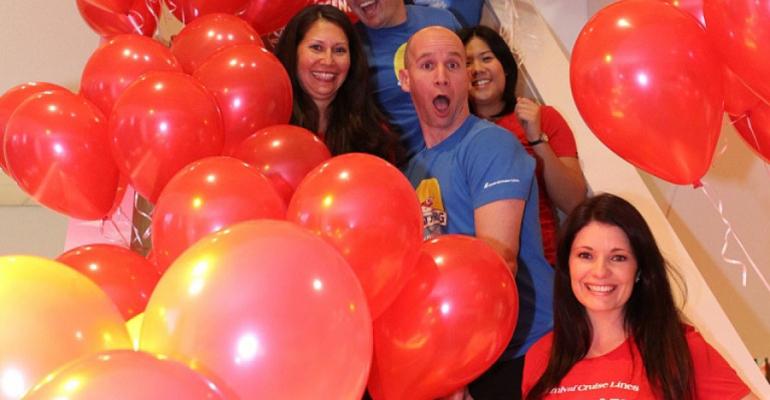 The local Carnival Cruise Lines’ team is preparing for Carnival Legend’s September 22 debut on Sydney Harbour at the start of her six-month maiden season Down Under.

They have decorated Carnival Australia’s headquarters in North Sydney with 100 red helium ballons to start the 100-day countdown from tomorrow, June 14.

As also reported here, her sister ship Carnival Spirit, permanently home-ported in Sydney since October 2012, has been rated No. 1 in the company’s 24-ship fleet.