Cozumel overnights, mimosas and more on Empress of the Seas' short Miami cruises 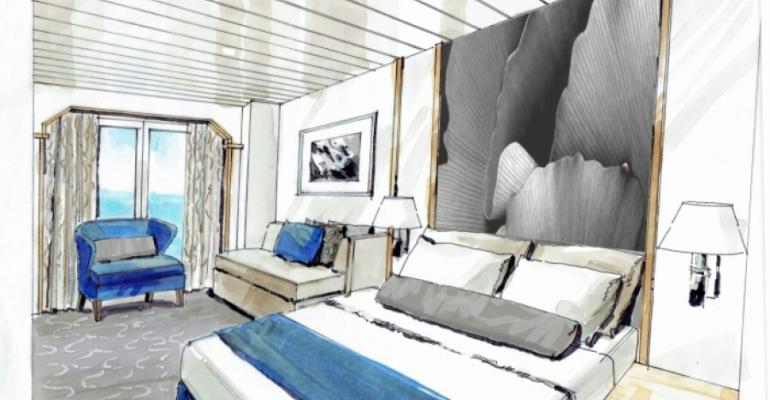 Short cruises from PortMiami—including some with Cozumel overnight stays—will be offered by Empress of the Seas when it returns to the Royal Caribbean International fleet this spring after a refurbishment. The ship has been operating as Empress for Pullmantur.

Daily ‘Sunday’ brunches served with a complimentary mimosa or Bloody Mary and flexible 'My Time Dining with no formal nights will be fresh features. Also new: the Las Vegas-style 'Sequins & Feathers' show and a reimagined Boleros Latin Lounge. The refurbishment will extend to accommodations, too, which are getting a new look.

'We’re excited to welcome Empress of the Seas back to the family, and back to the Caribbean,' RCI president and ceo Michael Bayley said. The Caribbean get-aways, he added, will give 'adventure-seekers the opportunity to party, chill and repeat. They will feel like it’s the weekend every day on Empress.'

Plus, on certain five-night cruises Empress of the Seas will stay overnight at Cozumel.

Empress will lose the dark blue Pullmantur livery and go back to sporting a white Royal Caribbean hull as Empress of the Seas. The ship will offer a rock-climbing wall, new pools and whirlpools including an adults-only Solarium and varied dining options, from the casual Windjammer Café to fine dining at the brand’s signature steak house, Chops Grille. In addition, the vessel will have Voom, Royal Caribbean's super-fast Internet.

Introduced as Nordic Empress in June 1990, the ship was the first to sail from Cape Liberty Cruise Port in Bayonne, New Jersey, in 2004. Built at Chantiers de L’Atlantique in Saint-Nazaire, the 48,563gt vessel spans nine decks and has double-occupancy capacity for 1,602 passengers.