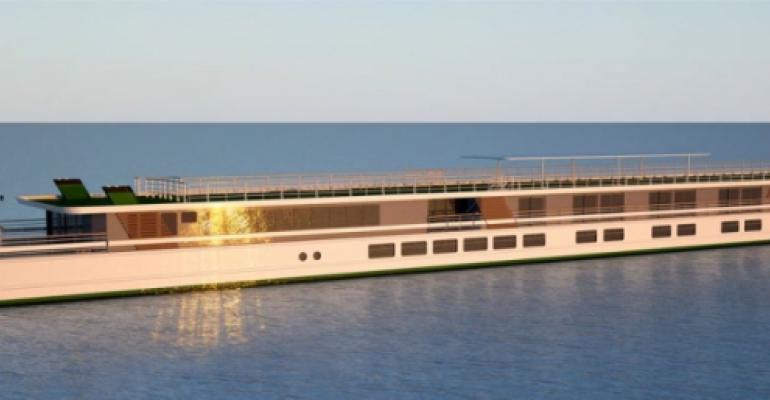 After contracting a paddlewheel vessel for the Loire River to be delivered in the spring, CroisiEurope announced plans to introduce a similar vessel on the Elbe in 2016. The 80-passenger Elbe Princesse has been designed by Stirling Design International of Nantes and will be built at STX France in Saint-Nazaire.

Starting in April 2016, the vessel will be deployed on a repeating itinerary between Berlin and Prague, calling at Magdeburg, Wittenberg, Meissen, Dresden and Litomerice.

Elbe Princesse will be 95 metres long, 10.5 metres wide and fitted with 40 outside passenger cabins. Public facilities include a panoramic restaurant for single-seating dining, a lounge bar with dance floor and a large sun deck. The two-deck vessel will be fitted with a pair of paddlewheels at the stern.

According to CroisiEurope, the paddlewheel technology reduces draft, allowing Elbe Princesse to operate year-round, even during low tide periods when service is interrupted for vessels with traditional propulsion systems.

Moreover, the ship's compact size will allow berthing near historic town centres, a key selling point identified by CroisiEurope. According to its operator, Elbe Princesse will have a high standard including amenities like Wi-Fi, flat screens and cabin safes. A heating system will be installed to allow winter service.

The contract for Elbe Princesse confirms the return of paddle propulsion to Europe's rivers, heralded by the order for Loire Princesse last February. The first block of that ship was laid in Saint-Nazaire in September, and outfitting is under way. The 48-cabin vessel is scheduled for delivery in April and will operate six- to eight-day cruises along the Loire.