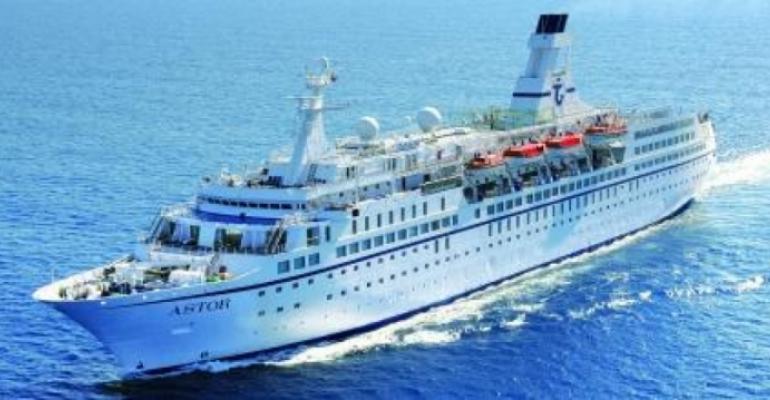 Cruise and Maritime Voyages announced that its 600-passenger Astor will return to Australia for a fourth season from October 2016 through to March 2017.
The company also announced that following the success of Astor’s 2015 London to Fremantle 53-night voyage via the Panama Canal, which sold out in nine weeks, the ship will again depart from London and sail to Fremantle via the Panama Canal in 2016.
She will sail from Tilbury on October 16, 2016, and will visit Antigua, Bridgetown and St Lucia before transiting the Panama Canal. She will call at Acapulco, Nuku Hiva, Papeete, Moorea and Auckland before arriving in Sydney. She will then continue to Adelaide and Kangaroo Island before reaching her homeport of Fremantle on December 9.
Early booking twin-saver fares, representing savings of up to 40%, are available from now until October 31 this year, starting from A$6,299 per person, or A$119 per night, for the 53-night London to Fremantle voyage.
A past guest discount of 10% is also available until October 31.
Tilbury to Auckland (from A$4,999), Sydney (A$5,469) and Adelaide (A$5,829) sectors are on offer.
Copyright © 2022. All rights reserved. Seatrade, a trading name of Informa Markets (UK) Limited.
TAGS: ports & destinations ships weekly
0 comments
Hide comments
Related