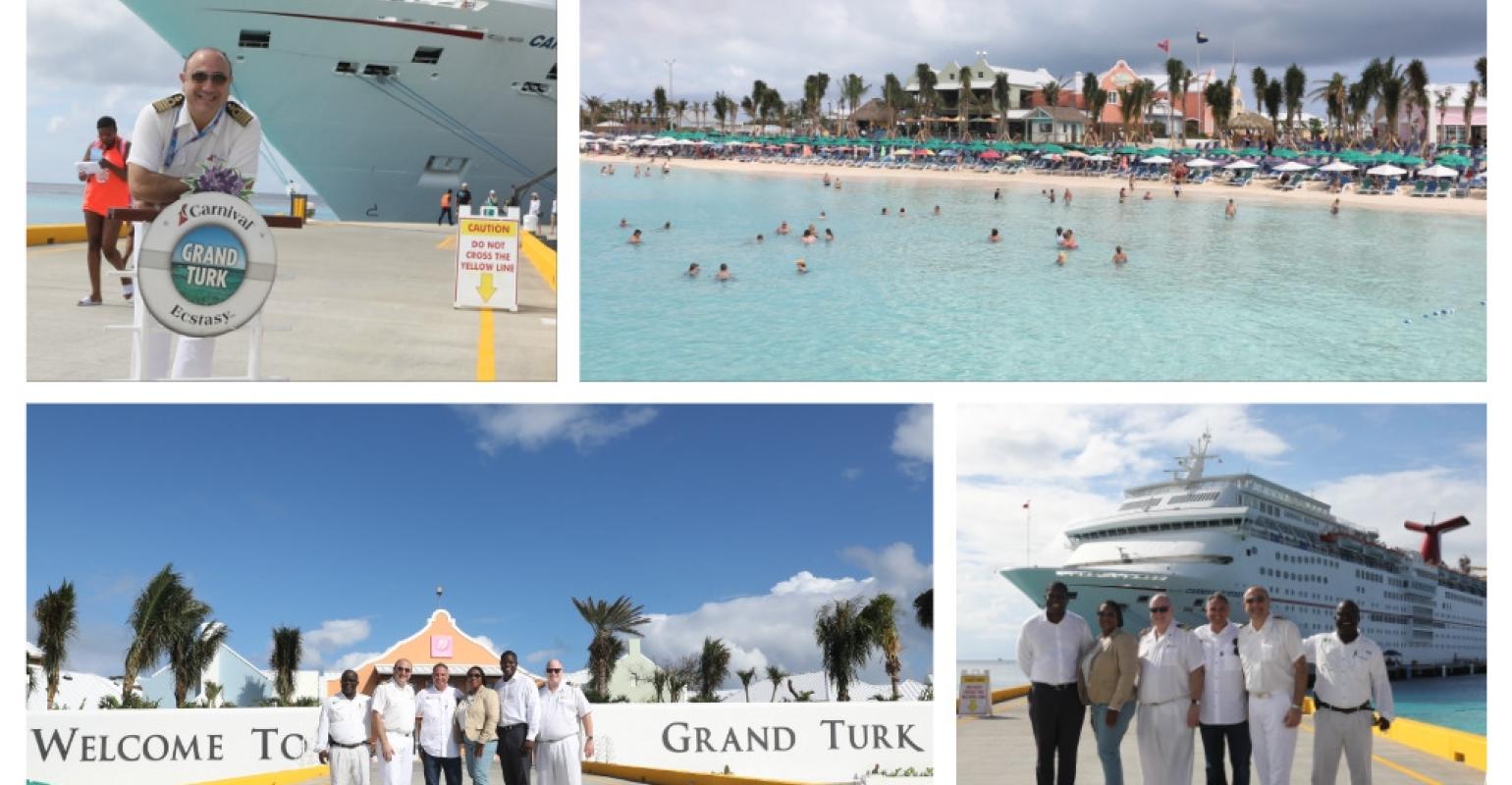 The Turks and Caicos Islands sustained a one-two punch from hurricanes Irma and Maria, and Grand Turk was among the hard-hit destinations. However, as reported earlier, the pier was spared, according to a Carnival Corp. & plc official, and work waged on 24/7 to restore landside facilities and tours.

Festivities for the first ship back included an on-board reception with Carnival Ecstasy’s officers, executives from Carnival Corp. & plc and port and government officials.

Grand Turk is also home to Splashdown Grand Turk, an exhibit commemorating NASA's Mercury space program and the historic 1962 splashdown of the Friendship 7 capsule off the coast of Grand Turk.

Carnival Ecstasy's visit was the first of dozens of post-hurricane calls going forward.