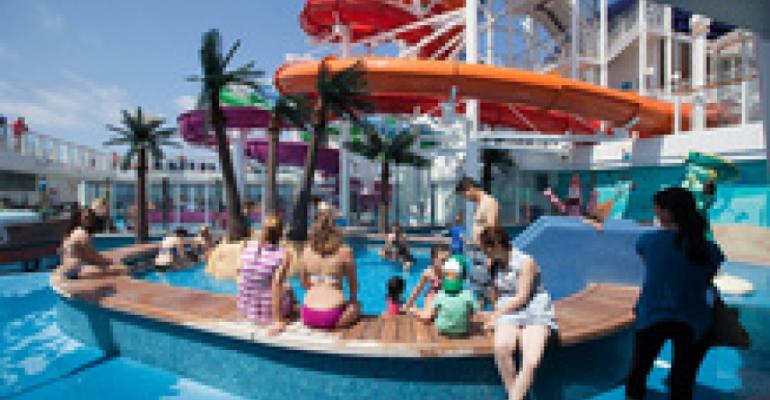 Cruise Critic is adding virtual cruise ship tours, featuring thousands of photographs per ship, through a partnership with photography specialists Oyster.com. In addition, new multimedia cruise reviews will collect and showcase photos directly from cruisers as part of the review process.

'The new images bring the ships to life and give a real sense of what it will be like when you step on board,' said Colleen McDaniel, managing editor of Cruise Critic.

The aim, she added, is to provide a 'rich depth of content to help people find and plan the right cruise. Combining Oyster's photography expertise with new cruiser-submitted photos, we're able to deliver the best possible insights to help consumers feel more confident and informed when booking and planning a cruise.'

Features of Cruise Critic’s new virtual tours include easy-to-browse photo libraries of thousands of images per ship and real-life, unaltered photos of every on-board nook and cranny, taken by Oyster’s photographers.

The images are presented in categorized folders, including Activities and Events, Cabins, Family Amenities, Pools and Sun Decks, Restaurants and Bars, Spa and Fitness and Ports of Call.

Public spaces are documented as they change over the course of the cruise—for example, a bustling pool deck at night that becomes a tranquil scene when the ship is in port.

Currently there are over 27,000 photos across 11 ships and six cruise lines, including Holland America, Norwegian, Princess, Royal Caribbean, Carnival and Celebrity are available, with more ships and lines continuing to be added.

'We share a common core principle with Cruise Critic to provide clear, unbiased information that will help people to choose the right vacation for their needs,' said Eytan Seidman, co-founder and gm of Oyster.com. He added that cruise ships are a lot larger than the average hotel, so adapting the formula that has proved successful for hotels to cruise ships meant lengthening the shoot, and taking more than five times as many images.

'It's a huge task but very rewarding, and we're incredibly pleased with the results,' Seidman said.

A sample ship tour, of Norwegian Getaway, is here, while a 360-degree view of Freedom of the Seas' owner's suite is here.

Cruise Critic also launched photo collection as part of its cruise review process, enabling travelers to upload ship images to create multimedia reviews and share their own first-hand views of the ships on which they've sailed.