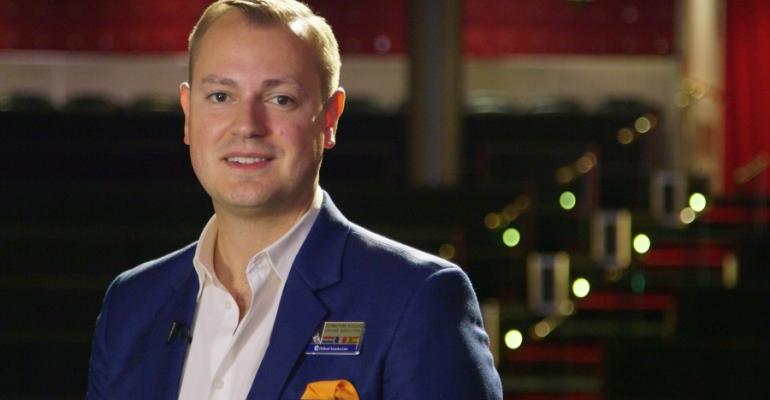 Each video features one of the ship’s officers or a Holland America executive. The first stars hotel director Stan Kuppens, who'll be the first member of the hotel team on site at Fincantieri’s Marghera shipyard. He talks about the three-deck atrium and an 'amazing' stainless steel sculpture to be installed there.

'Anticipation for the ship’s launch is gaining momentum, and through the series we will bring our fans along for the journey as this beautiful ship comes together for launch in April 2016,' HAL president Orlando Ashford said.

Mariner Society director Gerald Bernhoft will speak about the perks of HAL's loyalty program, and entertainment director Bill Prince will hone in on World Stage, the ship’s theater that surrounds the audience with a 270-degree LED projection.