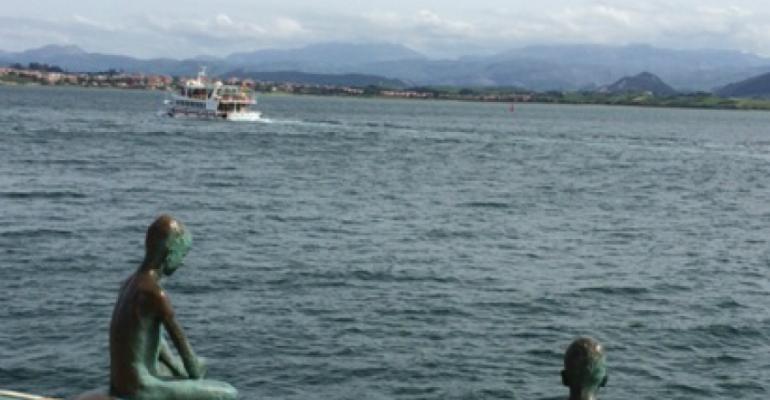 Giving an overview of the main European source markets, Pullmantur's port, ground and cruise ops manager Javier Rodriguez Sanchez said, 'cruising is still underdeveloped in most countries in Europe with the UK at 2.7% recording the highest penetration, followed by Germany's 2.1%.

Commenting on France, the fourth largest market, where Pullmantur offers a weekly summer capacity of 4,000 berths on Croisiere de France vessels based in Calais and Marseille, Sanchez said 'it is a key market for us and one which we are thinking of increasing our capacity as French passengers prefer to board a ship in their own country.'

Chris Coates, commercial director of Cruise & Maritime Voyages, operating ex-UK no fly cruises from eight British ports in 2015 on older, smaller vessels believes there is a bright future for operators of small to medium sized cruise ships. 'We are seeing a strong migration of passengers coming onto our smaller ships,' he remarked. 70% of CMV passengers are past cruisers and 30% have cruised with the company five or more times, he remarked.

CMV is calling at 155 ports in 2015, almost 80 of which are in North Europe with the most visited country being Norway, Coates said.

Addressing the smaller ports in the audience Sanchez and other executives highlighted the continuing importance of smaller, boutique ports for operators with medium sized vessels where often port costs are more reasonable and tendering is feasible.

Not wishing to upset the audience too much Mike Deegan, fleet director Noble Caledonia owners of three 114 passenger ships plus charterers of  over 30 small ocean going and river vessels this year, said 'we don't always need a port!'

Noble Caledonia mostly sails the path less trodden often using zodiacs to reach the shore. 'Sometimes we might visit up to four shoresides in one day', he said.

Touching on the sustainable side of expedition cruising Deegan said the company stopped using plastic swizzle sticks for drinks and plastic bottled water last year and as a result reduced its plastic consumption on board by 90%. It only burns marine gas oil in environmentally sensitive areas and is keen to support local charities  in the destinations the ships visit, he commented.

TUI Cruises director port operations, shorex and ground ops, Tine Oelmann talked about a growing demand from passengers for its green and sustainable tours. 'In Germany there is increasing awareness of sustainability plus every green shorex that is sold TUI Cruises donates €5 to a local project such as saving a coral reef or whales,' she told delegates.