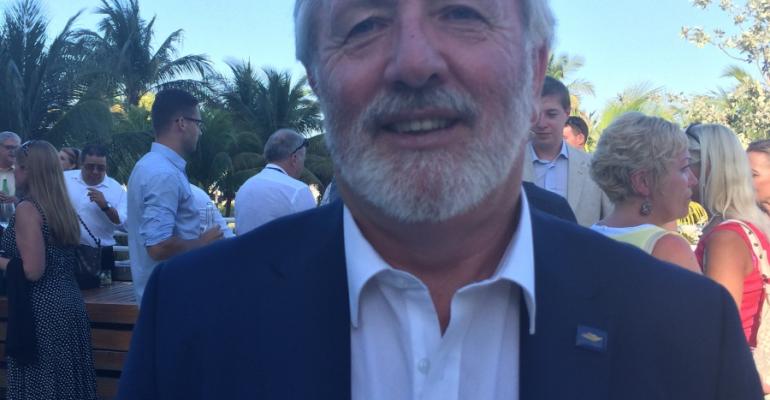 He called on port members not to fall behind on facilities and infrastructure but said any development must be sustainable and functional.

'There is a much greater need for collaboration between lines and ports,' he commented and praised the works of ESPO and the pan-European discussions on going in Brussels with all cruise stakeholders involved.

14 new ports and one associate (Adelte) joined Cruise Europe last year and four have signed up in 2915 so far including a former founding member Hamburg bringing the total membership to 111 ports and seven associates.

Hamburg Cruise Centre md Nadine Palatz, said North Euopean ports need to work together to strengthen the offer to the cruise lines. 'Asia is emerging as a new competitor and now the third most popular cruising arena putting North Europe into fourth spot.'

She shared news just in that Hamburg has been nominated as The German candidate city to bid for the 2028 Olympic Games. 'Our cruise ship facilities were acore element of the bid document and the opportunity cruise ships might provide for extra accommodation during the Games.'

Sponsor of the Cruise Europe 2015 CSM event, the French Atlantic ports, made a presentation highlighting the key attractions at each of its 11 ports. Valerie Conan told attendees that the region in north west France received regular calls annually from 40 cruise ships. Last year French Atlantic ports welcomed 306 calls and 431,500 passengers, she said.