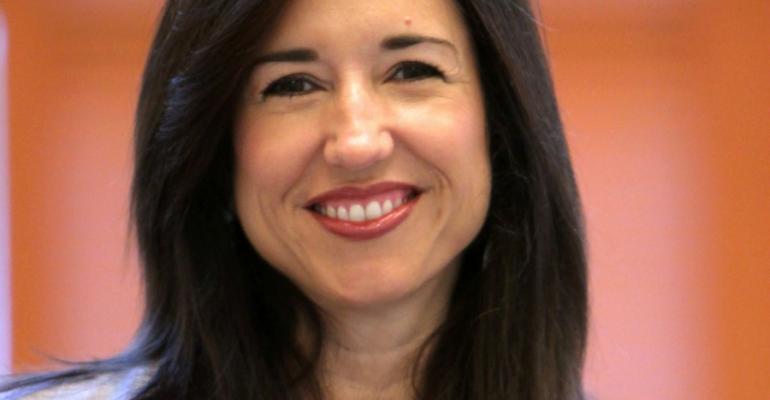 CLIA president Christine Duffy
The cruise industry is calling on the International Maritime Organization to undertake a comprehensive evaluation from the findings of the Costa Concordia investigation.

The request for action was made on behalf of the industry by CLIA president Christine Duffy today in London, during a media briefing.

‘While there is still a great deal not yet known about this incident, all of our members recognise the seriousness of these events and want to ensure that we apply the lessons learned from this tragic event,’ remarked Duffy at the briefing arranged by the Passenger Shipping Association, the European Cruise Council and CLIA.

‘The industry works constantly with the IMO, other international maritime authorities and classification societies to implement stringent safety standards and will continue to do so,’ Duffy added.

Outlining the possible timeframe for any review, maritime consultant Tom Allan, chair of the Cruise Ship Safety Forum and former chair of the IMO’s Maritime Safety Committee (MSC), said the likely scenario would be for the Italian maritime authorities to present the preliminary results of its investigations into Costa Concordia during the next MSC meeting, scheduled to at IMO headquarters May 16-25.

Recommendations will be proposed at that stage for further IMO debate, possibly leading to new international regulations on passenger ship safety being implemented, he stated. ‘Whilst this process may take a few years, in the meantime the CSSF (a consortium of cruise ship operators, shipyards, classification societies and CLIA) will be looking at what safety procedures need reviewing and the cruise lines themselves will also be looking at their own procedures,’ Allan added.

Referring to Duffy’s call for action, Robert Ashdown, director - technical, environment & operations for the European Cruise Council, later confirmed to Seatrade Insider, ‘The cruise industry is calling for every aspect of the investigation to be evaluated by the IMO.’

A broad range of questions were fielded from the floor by Duffy who was joined in the briefing session by a panel of experts covering the regulatory safety regime for cruise ships and cruise ship operations. It was made clear that the panel would not answer specific questions related to Costa Concordia, but the media, many of them from national newspapers and TV, sought comments on the timing of safety drills, evacuation procedures, the launching of lifeboats, the master’s responsibilities, the location of life jackets on board and the stability of large cruise ships.

In answering all questions the experts stressed the cruise industry is heavily regulated in compliance with the strict standards of the IMO and that safety is the No. 1 priority. ‘Cruise liners are, per passenger, one of the safest forms of recreation and maritime accidents are incredibly rare,’ Duffy said.

Addressing safety drills Captain Bill Wright, Royal Caribbean International’s svp marine operations, said, ‘In the vast majority of departures safety drills happen when the ship leaves the dock.’ He went on to confirm that whilst international safety regulations state a mustering of passengers must take place within 24 hours of their embarkation, ‘this practice will come under scrutiny in the weeks and months to come.’

Regarding lifeboats, Allan said: ‘All lifeboats must comply with regulations enabling them to be launched whilst the ship is listing up to 20 degrees.’ He added that if the list is greater, some lifeboats can still be launched but the master of the ship has to make the decision.

Questions covering the master’s responsibilities to his ship, passengers and crew were also aired. Vice Admiral Sir Alan Massey, chief executive of the UK Maritime and Coastguard Agency, said, ‘There is no basis in international law that says the captain must be the last to leave the ship.’ Capt Wright added, ‘It is an unwritten rule of the sea’.

In the wake of the Costa Concordia tragedy, politicians and lawmakers will now, more than ever, be scrutinising the passenger shipping sector. In the US, the House of Representatives’ Transportation and Infrastructure Committee has called for a hearing and in Europe, Siim Kallas, European commissioner for transport, is expected to make a statement in Brussels tomorrow whilst the Transport Committee of the European parliament is due to debate issues springing from the incident next Tuesday.