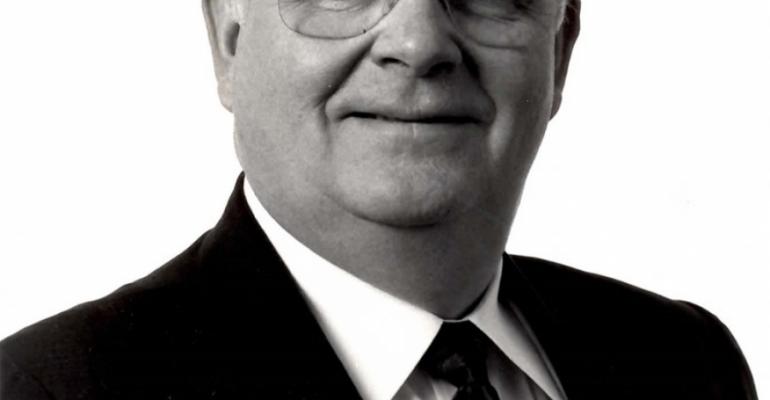 Anders Stenersen
Anders O. Stenersen, who worked for the Norwegian shipping company I.M. Skaugen, one of the founders of Royal Caribbean, was involved in Pearl Cruises' pioneering China operations and served as the first chief executive of Seven Seas Cruise Line, died Monday in Oslo. He was 80.

The news was confirmed by Stein Kruse, ceo of the Holland America Group, who paid his respects to his former boss and long-time family friend in Oslo last week. Stenersen had been battling cancer.

'He was a good man, salt of the earth. For several years he played a very vital role at Seven Seas Cruise Line, and he certainly played an important role at one point in my life,' Kruse said.

Kruse's father Erik and Stenersen attended the Royal Norwegian Naval Academy together in the 1950s as classmates and midshipmen, and they remained close friends.

Stenersen, an engineer, went on to work for Skaugen, where one of his roles was representative manager for the marine and technical operations for Pearl Cruises of Scandinavia, the company's joint venture with Denmark's J. Lauritzen. He worked from Pearl Cruises' Hong Kong base in the early 1980s when the line was opening coastal China cruises to Western travelers.

'He was a great colleague,' said veteran senior cruise executive Larry Rapp, who managed Pearl Cruises' hotel and product side. 'I fondly remember many good times as we worked together on a truly pioneering venture.'

And for awhile Stenersen was based at the Royal Caribbean offices in Miami where his scope included new ship projects. After the Skaugen family sold their stake in Royal Caribbean, Stenersen was tapped as their liaison for a new cruise venture with another business partner, Japan's 'K' Line.

'K' Line was a party to the formation of Singapore-based Seven Seas Cruise Line. It operated Song of Flower, which previously sailed as Explorer StarShip for Exploration Cruise Line.

Stenersen was appointed president and ceo. He recruited Kruse, then working in operations for Cunard Line in New York, to join him in Singapore as evp and chief operating officer.

After initially targeting Japanese travelers, it was decided to focus on the North American market and Seven Seas Cruise Line headquarters moved to San Francisco. In 1994, the company grew in a deal with Hanseatic Tours to market the Hanseatic in North America in a long-term arrangement. Further growth lay ahead.

Kruse succeeded Stenersen as president and ceo and went on to negotiate a partnership with Diamond Cruise Line, led by Mark Conroy, which became Radisson (now Regent) Seven Seas Cruises.

Stenersen was 'gregarious, very kind, very positive. He loved the travel industry,' Kruse said, adding that gregariousness made him a likable ambassador for the cruise line with travel agents and at industry events.

He is survived by his wife Ellen, three children and several grandchildren. Information on services is pending.