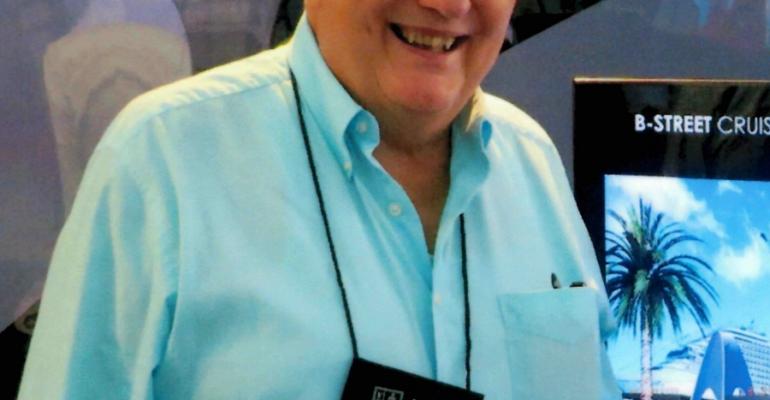 Chuck Towsley, a giant in the ports community who led PortMiami during a pivotal time for cruise growth and earlier served as md of the Tampa Port Authority, died Sunday. He was 67, and had battled prostate cancer for two years.

Colleagues said Towsley stood out for his kindness, integrity and honesty.

'Chuck was a very special friend, colleague and mentor to me,' said Bruno-Elias Ramos, principal in charge of BEA Architects in Miami. 'I was always proud to work with him and knew that if I went to him on an issue he would always have a very logical and peaceful way of resolving the issue.'

'He was a good and smart guy, a straight-shooter,' said Jay Lewis, founder and president of MarketScope, who worked on several cruise port projects with Towsley. 'He was an honest guy. He didn't play any games.'

Towsley served as PortMiami director from 1997 to June 2006. Coming from the Tampa post, he succeeded longtime Miami chief Carmen Lunetta. During his tenure, the first long-term agreements with cruise lines were ironed out, paving the way for new terminals to handle larger ships. He also dealt with rising security costs and championed a port tunnel.

When Towsley joined PortMiami in January 1998, Royal Caribbean International's first Voyager-class vessel was due to arrive a year later without adequate facilities. Lunetta had secured state funding to pay for a mainland expansion project called Maritime Park. But AmericanAirlines Arena, home of the Miami Heat, was going up on the waterfront and Towsley needed to look elsewhere to expand. With just a three-week window, he applied to transfer the funding from Maritime Park to the existing terminals 3, 4 and 5.

A 15-year, $160m agreement—the first of its kind—was signed with Royal Caribbean to ensure sufficient traffic to enable the port to finance the transformation of aging terminals into large, modern facilities with automated baggage conveyors.

Towsley was able to use state money at lower interest rates to finance construction, alleviating the need to issue bonds. A 15-year, $180m agreement subsequently signed with Carnival Corp. enabled the construction of two new terminals.

Another early accomplishment was creating an implementation plan to execute the port's master plan. One element, the separation of cruise and cargo traffic, later became mandatory under the Maritime Transportation Security Act.

Towsley also initiated a series of round tables for port users and brought stakeholders and the community together for a day-long summit to identify priorities. He proposed ideas like two-ship-a-day berthing to cope with cruise demand, with the thought that if a vessel could be turned around by 3 p.m., another could could dock at 4 and sail out that night. And he encouraged work with tourism entities and cruise lines to increase mid-week terminal use by developing Miami as a port of call and pre-/post-cruise programs as a means of boosting revenue for the community.

Before 9/11, the port spent $4.2m annually on security, a figure that skyrocketed to nearly $16m by 2006, Towsley's last year at the helm. This was a major challenge at a time when the port was under pressure to expand infrastructure.

Towsley was a proponent for the construction of a port tunnel, which he saw as vital for future trade growth, security and to alleviate traffic congestion. The tunnel eventually opened in 2014.

Reflecting on his years at Miami's helm, Towsley once told Seatrade Cruise News he'd been 'very proud and honored to lead one of the greatest ports in the world.'

Before Miami Towsley spent seven years at the Tampa Port Authority, ultimately serving as managing director. Earlier, he was manager of development at the Hamilton Harbour Commission in Ontario. Throughout his career he was active in the American Association of Port Authorities.

After retiring from PortMiami, Towsley established Maritime Directions, Inc., based in Miami Beach, to offer project management and problem-solving services for private and public industry. In recent years he had worked for BEA Architects and lived in Pembroke Pines, Florida.

Towsley was a proud alumnus of the University of Michigan. BEA's Ramos often referred to him as the 'Admiral' or 'Big Blue.'

Phrases Ramos will always associate with Towsley include 'This, too, shall pass' and 'Time kills all deals.' 'Chuck will always be in our thoughts and hearts,' he said.

Survivors include Towsley's wife Colleen, son Matthew, daughter Sarah, three grandchildren, two brothers and a sister. The family will receive friends on Sunday from noon to 1 p.m., with a memorial service to follow at Fred Hunter Funeral Home, 2401 S. University Drive, Davie, Florida. Donations in Towsley's memory can be directed to the University of Michigan Comprehensive Cancer Center.