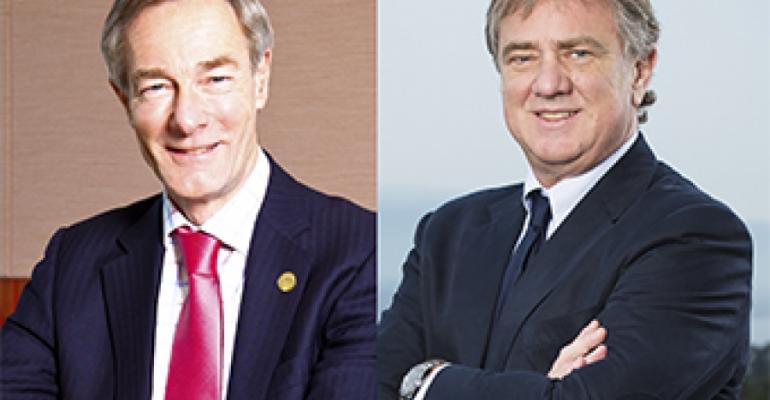 David Dingle, vice chairman of CLIA Europe and chairman of Carnival UK, told Seatrade Cruise News it is currently one of the biggest challenges for the cruise industry and will continue to be.

‘From a cruise operational side, owners need time to implement exhaust gas cleaning systems meaning taking ships out of action. It all requires commercial phasing,’ commented the Carnival chief.

During his keynote speech at Seatrade Europe, CLIA chairman Pierfrancesco Vago said the way the Sulphur Directive rules are being deployed across Europe ‘can be compared to a patchwork quilt’ and underscored, ‘It is affecting lines’ ability to optimise ships’ operational efficiency.’

Vago continued, ‘While cruise lines are fitting expensive, open-loop exhaust gas cleaning systems into new and existing ships to comply with the Sulphur Directive, they don’t actually know where they can use [them].’

He called for EU Member States to focus on aligning the application of European legislation in all their ports to avoid this confusion.

Comparing European and US legislators Dingle believes there is much less reluctance to take a holistic view in Europe compared to the US.

‘There is less of a pro-business stance in Europe,’ he commented, noting in May, five months after the Jan 1 deadline requiring ships sailing in the English Channel, the North Sea and the Baltic Sea to use bunker oil with a maximum 0.1% sulphur or apply alternative methods in order to achieve the same effect, there was still a debate regarding the inconsistency between the Sulphur Directive and the Water Framework Directive, a piece of EU legislation designed to preserve, restore and improve the water environment.

Each of the EU Member States is required to implement the legislation and achieve the environmental objectives the WFD sets, including all surface water bodies to achieve good ecological and chemical status covering inland waters, estuaries and coastal waters.

Airing the cruise lines' frustration, Dingle said: ‘The Sulphur Directive explicitly endorses the IMO rules for open-loop exhaust gas cleaning systems, yet in practice this throws up issues related to wash water, covered in the WFD.

'We found there was no cross reference in the Sulphur Directive to the WFD, yet both were written down the same corridor in Brussels,’ he remarked, referring to the Brussels legislators as being in ‘siloed Directorate-Generals not talking to one another.’

Dingle pleaded, ‘The cruise industry wants cleaner air over our ships in European ports but we want a partnership between the lines and the regulators based on trust, speedy engagement and a stop to issues getting stuck in government.'

Rather than having to adhere to EU legislation on sulphur emissions, Michael Thamm, head of Costa Group, said his company's decision to order four LNG-powered cruise ships is 'enabling us to be the master of our own destiny’.

Because LNG doesn’t contain sulphur, these emissions are eliminated completely. All four ships, two apiece for AIDA and Costa, due for delivery in 2019 and 2020, will be deployed in Europe.